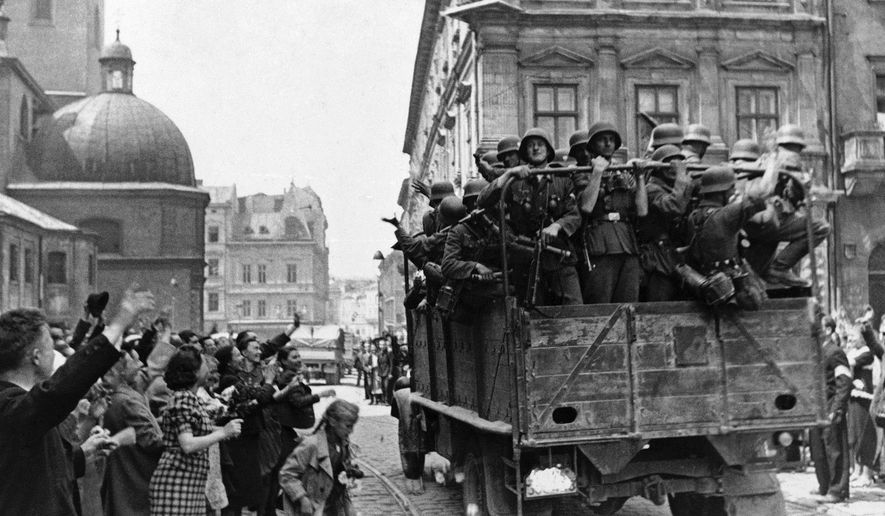 Cover Image: Inhabitants of Lwow on July 2, 1941, Soviet occupied former Poland wave at a passing truckload of German solders as Nazi troops took over the city.