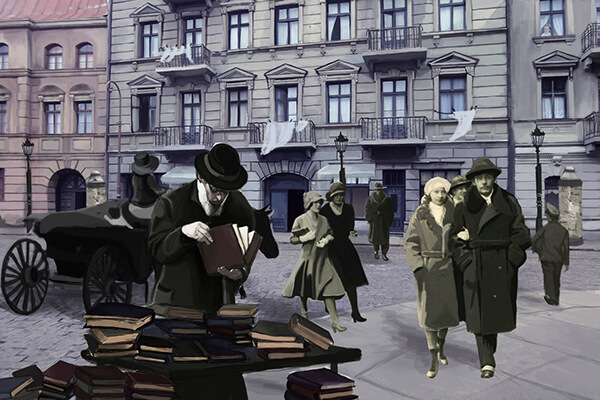 Multiculturalism, Polyphony, Silence: the “Other One’ of the Inter-War Lviv in Literature

Institute of Slavic Studies of the Polish Academy of sciences

Multiculturalism of the inter-war Lviv is a beautiful and favourable image. We shall analyze how this issue is presented in the literature of the inter-war period and during the first post-war years, both in Polish and Ukrainian literatures. What is the place of Ukrainians in the city of Polish authors? Where in the texts of Ukrainian authors are there Poles? How would both of them see the Jews? Do the characters of novels and stories of different ethnic origin idyllically co-exist or hardly tolerate each other, or, do they find themselves in a hostile isolation?

Second World War brought another disastrous turning point after the 1918 for Lviv multiculturalism. One of the elements is the change in the population of the city due to ‘repatriation’, removals, the Holocaust, and arrival of new residents to the city. The interrupted memory and forceful separation from the ‘small motherland’ made many emigration authors and Polish repatriates reinforce the image of Lviv as a multicultural idyll in their writings.

At the same time, the prologue to the disastrous warfare included the inter-war isolation of different communities, their separated existence, with no points of contact and prevailed by stereotypes. In addition, the attitude towards Jews was quite anti-Semitic. In those times, it was treated as a natural and common element of world perception. After the Holocaust, the reflectory anti-Semitism has been kept completely quiet for many decades. In fact, today, we are trying to fight the silence.


Jewish Days is a public program for general audiences. It is related to two other projects of the Center for Urban History - Summer School in Jewish History and Multicultural Past, held annually since 2010, and the initiative Space of Synagogues: Jewish History, Common Heritage and Responsibility (in partnership with the Lviv City Council and the German Society for International Cooperation, GIZ).