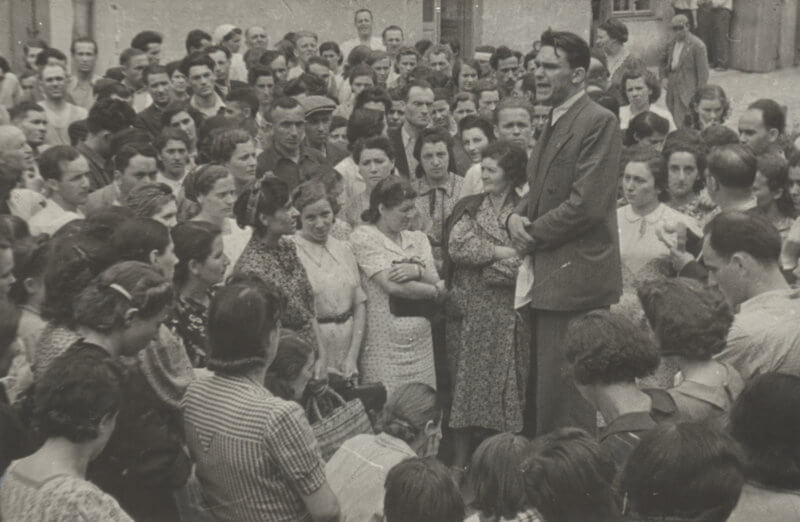 The year 1939 was a turning point in the history of Lwow/Lviv and in the life of its citizens. Taking a closer look at the events, we might state both the unique nature of experiences and the shared fate and fortunes, on an individual level and on the scale of local communities, milieus, and groups. One such group were writers who were destined, by the nature of their profession or calling, to transfer their individual experiences onto the level of social memory or rather, the memories of various writers who found themselves in Lviv at the time and would later go back in their thoughts and imagination to the events of 1939 with different literatures and perspectives, sometimes divided by an iron curtain. How do we find the points of contact in the polyphony of memories and keep attentive to the individuality of each voice? The answer to this question is sought by the authors of the project "Imaginary Map of Literary Lviv (±1939 р.)".

The lecture was held in Ukrainian with simultaneous translation.