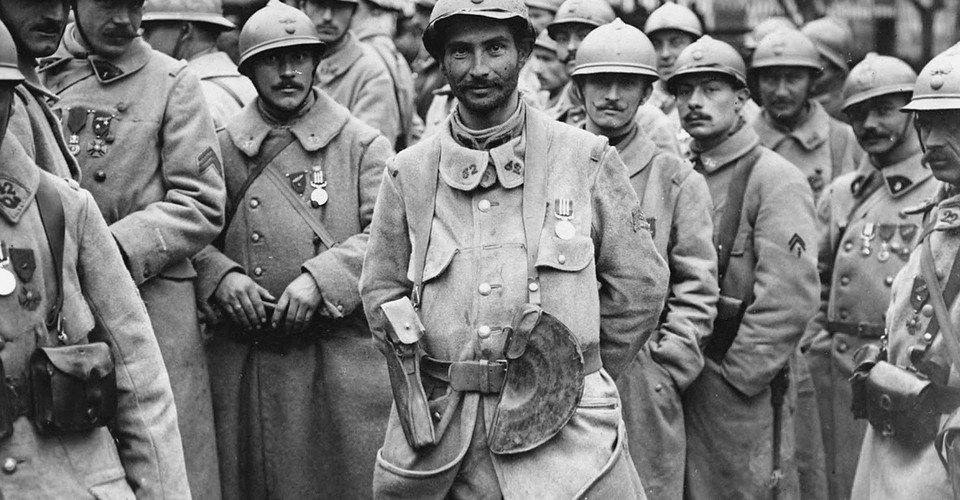 Oleksandr Losiev talked about the evolution of views on the purpose and appearance of military uniforms, which took place during the First World War. It was a large-scale industrial conflict, which put forward new requirements for equipment and military forms. The practicality and not symbolism of military clothes began to play a major role and often had an impact on the course and success of military operations. Now uniforms bore not much additional information about the history and traditions of a military unit, but provided a disguise, and so influenced the relative invulnerability of a soldier on the battlefield.

Using illustrations, the lecturer demonstrated the process of simplification and unification of military uniforms dictated by the rapid development of military equipment and harsh conditions of mass war. Above all, military clothing had to be easy to use and cheap to produce (millions of identical uniforms were made), and had to protect the soldier (the French Adrian helmet had a special comb to protect against debris and shrapnel).