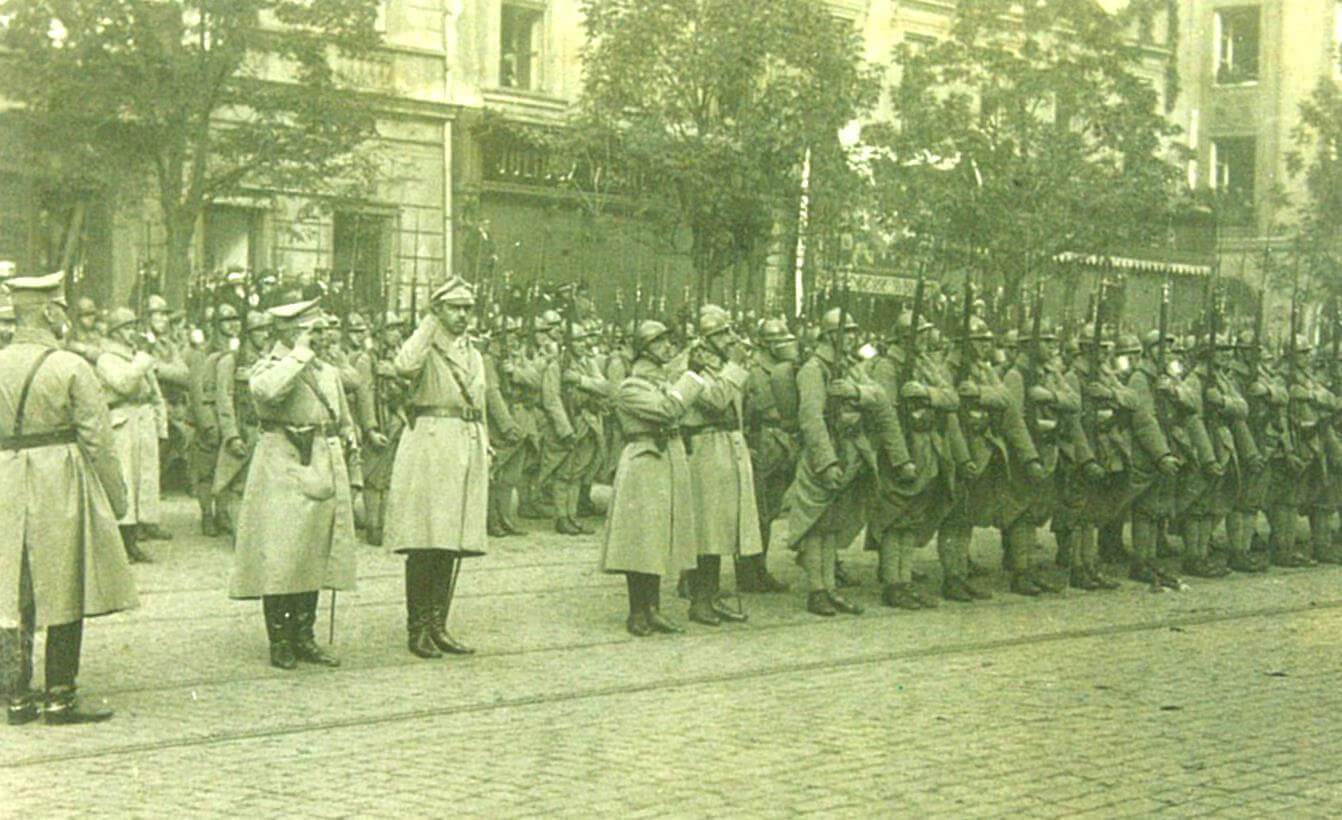 Krakow, on the eve of the Great was, was a large, modern city with representative buildings, largely well-organized streets, well-functioning and well-developed network of trams, and modern lighting. As a result of changing the city limits, the territory of Krakow grew significantly, giving it the possibility for development. Krakow was expanded from 5.77 km square in 1900 to 46.9 km square after it was joined with Podgórze, with significant industrial, commercial, transport, and financial capital, allowed the city to develop dynamically.

Krakow residents viewed the eruption of the war with euphoria, as it brought hope that with it would come freedom for the people. Society rejoiced, and hundreds of volunteers entered the ranks of the Polish Legions. Residents of the city showed their support, which was reflected in the sacrifices they made for the independence movement.

But the war brought famine, inflation, death, the emergence of many hospitals and wounded, destruction, and finally forced relocation. The latter made a perceptible impact on city residents because Krakow was a fortress. Many residents were forced to leave their homes and settle temporarily in areas of the Austro-Hungarian monarchy that were not engulfed by active fighting.

The researcher invites all on a trip to 1914 Krakow - 1914 was a year that was pivotal for the city as well as for the whole of Europe. This trip begins with a carnival, which at the time was a very lively celebration, as if designed for Krakow to bid farewell to La Belle Époque, forever. It was a time when residents actively discussed the city’s development plans, which were supposed to involve huge investments. These discussions evoked emotion and heated discussions; the Krakow press covered these discussions and they were commented on in cafés and restaurants. Residents, scientific and cultural organizations opposed many projects proposed by the city government and the Krakow magistrate. It seemed that big change was coming; and, it came, but not the change that was anticipated. Urban policy was made against the backdrop of broader European policies that brought Europe to the edge of an abyss and a devastating four-year war.

The lecture will be held in Polish with simultaneous translation.

The lecture is based on the 2015 booked published by Barbara Berksa, "1914. Happened in Krakow" ("1914. Zdarzyłosię w Krakowie") which is in the form of an annal with a large number of illustrations. The majority of the materials come from the National Archives in Krakow.

The book is part of the Center for Urban History’s library collection.