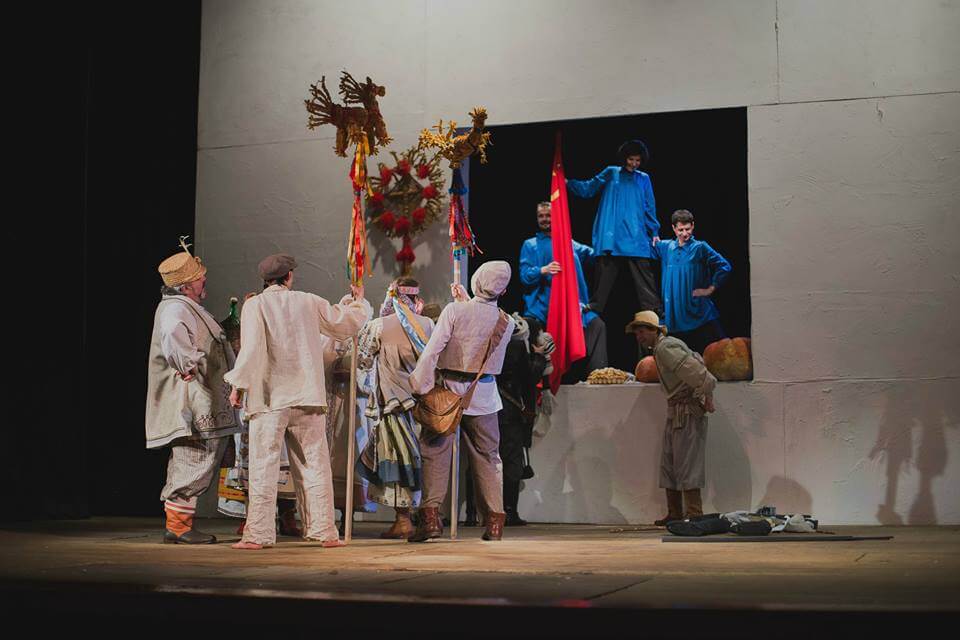 The Past on Stage: Reflection on the Complex History of Theater

Natalia Vorozhbyt’s staging of "Granary" at the First Academic Ukrainian Theater for Children and Youth is one of the few attempts to bring the topic of the Holodomor to contemporary theater. This performance is important not only because it verifies the ability of "new drama" to present a nontrivial view of tragic historical events, but also because it partially demonstrates the ability of society go beyond the stereotypical images and politicized interpretations learned at school and reveal the unconventional modern language of theater.

The premiere of the play "Granary" (director Andriy Prykhodko) took place in Lviv on April 25-26, 2015. The play met with a mixed reception. The range of the debate that unfolded in social networks and in public space ranged from complete rejection of the representation of the text and contemporary forms of the production to full support for the director’s conception.

After the exhibition a discussion not about the performance, and about how and by whom images of the past are formed in public discourse was held. How can/should theater portray the complex traumatic past? What role do historians have in this? Can historians share the monopoly on difficult topics with artists and accept other forms and shapes of complex conversations and presentations of the past? How ready is modern society to other representations of history? Is modern theater able to offer a new representation? Does a change in the formal language of theater secure a change in the semantic perspective?

Discussion was a part of the lecture and discussion program of the DonKult cultural forum.