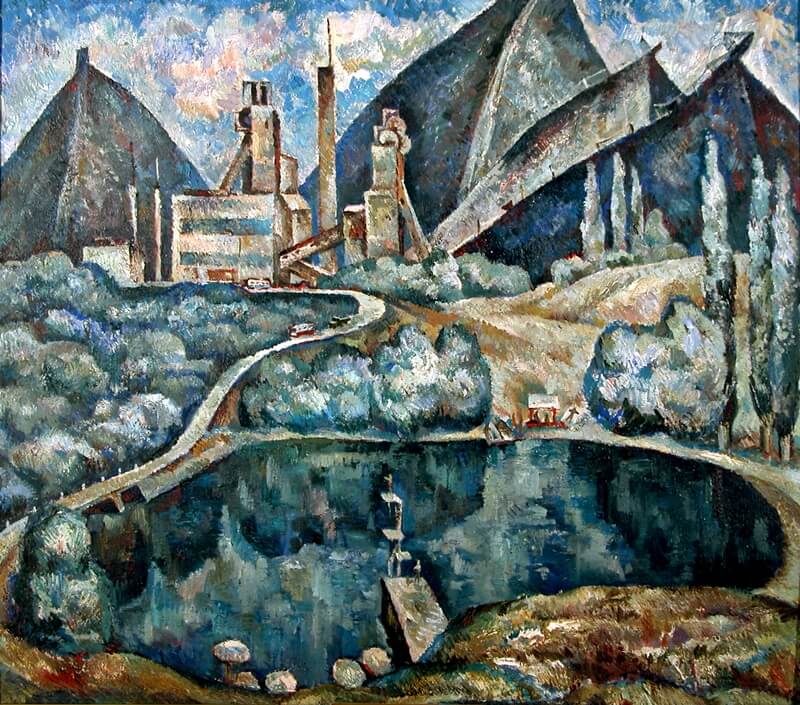 During the last year almost all media in Ukraine, many experts, public intellectuals, and politicians wrote, spoke, and led discussions about the Donbas. Lectures by scholars from Donetsk and Luhansk have been given at universities and cultural institutions in different cities of Ukraine, many articles have been published on various online resources and blogs, and dozens of exhibitions have been organized.

It is safe to say that today it is one of the most debated, controversial, and emotional topics. This "demand" for knowledge of the Donbas was caused by the war and occupation of these territories. Why did this happen only when these territories were under threat? With what knowledge of this region did we find ourselves in this situation? What do we know about the past of the Donbas? What topics from the history of the Donbas dominate the public discourse today, and why? How much does the current situation, the state of uncertainty and threat, impact our vision and understanding of the past of this region and Ukraine in general? What do we want and do not want to know about the difficult past? What topics do we discuss and which ones do we try to avoid?

Today it is important not only to learn more about the history of this region, but also to shape the culture of public knowledge, studies, and discussions about the past in Ukraine. Critical reflection and open dialogue about the past and its significance from the perspective of today are integral parts of the development of society and the state, where difference is respected, diversity is valued, and where answers to difficult questions can be sought.

Center for Urban History hosted a lecture and discussion program on the history and current challenges of the Donbas. The program was part of the DonKult Cultural Forum and aimed to show the diversity and little known aspects of the Donbas, to challenge the one-sided rhetoric of "romantic" or "accusatory" tones, emphasizing the diversity and multiculturalism of modern Ukraine and its heritage.

The program was be a public space for conversation between different communities and environments, the local community and new residents of Lviv who came from areas of armed conflict, and to promote the growth of openness and tolerance through open dialogue and discussion.

The lecture and discussion program combined several formats and topics. Public lectures showed the Donbas of the 19th-20th centuries from the perspective of labor and urban history and the transformations of the borderlands. Discussions engaged experts from different fields and countries to discuss topical issues of (re)thinking what this region is, its history, heritage, and the current situation. Historians and sociologists who have studied the Donbas were invited to talk at meetings.

Among the lecturers and experts were Hiroaki Kuromiya, Daniel Walkowitz, Serhiy Yekelchyk, Olena Styazhkina, and Tetiana Zhurzhenko. More than twenty scholars and experts from specific areas and disciplines participated in the program.

A series of public lectures, discussions, and talks was geared toward a wide audience.

The events were accompanied by screenings of documentary chronicles of industrial cities of Ukraine (before and after the lecture at the Center for Urban History), a historic street exhibition "Labor, Exhaustion, and Success: Company Towns in the Donbas" (at Rynok Square, next to the City Hall), and a theatrical performance of "Granary" (Theater for Children and Youth, 11 Hnatiuka St.).

The program is a part of the DonKult Cultural Forum organized by the foundation The Depths of Art in partnership with the Center for Urban History and with the support of the Lviv City Council and Lviv Regional Council.

Special thanks for their help in preparing the program -