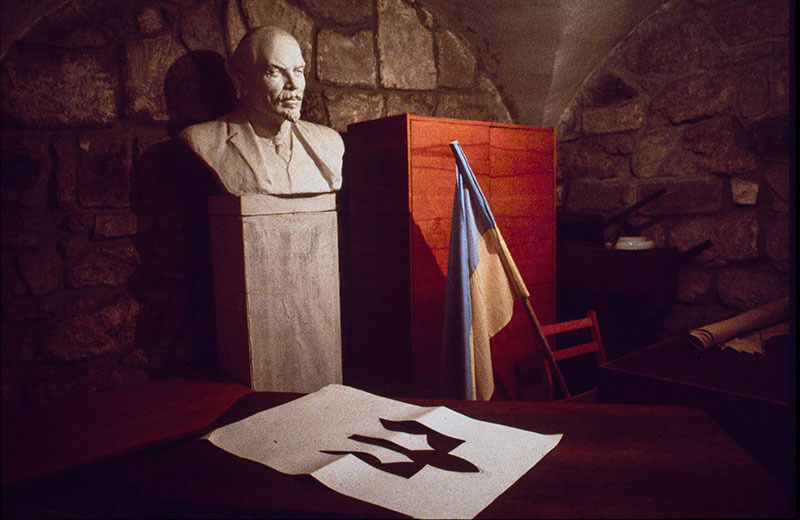 The years 1989 - 1991 brought some crucial change for East and Central Europe. The period gave rise to the collapse of Communism in the region, end of the Cold War and "the short 20th century". They opened new opportunities for new states, development and enlargement of the European Union, globalization and new polarization. For East Europe, it was the beginning of the end. It was the time of insecurity and crucial change. At the same time, it was period for positive expectations and hopes. However, the ways of transformation for different countries in East Europe were different. Some implemented reforms and built democratic societies, others turned towards authoritarianism or stayed in transition state to create new hybrid regimes. Almost 27 years of transformations of the East European states brought both achievements and disillusionment. They caused new challenges and posed new questions about "what’s next?"

The 25th anniversary of independence of Ukraine and the exhibition of the Center for Urban History "Tomorrow Will Be Better" on Lviv in 1989-91 inspired us to seize the opportunity to critically reconsider the recent past and talk about peculiarities of the transformation process in East Europe and the consequences for the countries with Communist background. Who was in charge of the change in post-Socialist states? When did they start? What did they result in? Have they finished? How was Ukraine changing in the 1990s and in the beginning of the new century? What did those years imply for our neighbours? What are the post-Socialist societies and what are their values?

The supporting lectures and discussions program consists of a series of lectures and talks with historians, sociologists, politologists, politicians, and artists on different aspects of change and transformation in post-Socialist societies. The program starts with the talk with the author of the exhibition "Tomorrow Will Be Better", a Polish photographer Tadeusz Rolke, on photo documentaries and the role of East Europe in his photo projects. Sociologist Yevhen Holovakha will reflect on the transformation of Ukrainian society based on information gathered from annual monitoring. The guest discussants of the autumn program are: Eleonora Narvselius with the topic on Ukrainian intelligentsia in post-Soviet Lviv. We shall also talk about transformations experience of Poland, our closest neighbour. Krzysztof Stanowski, the Solidarity activist, former politician and representative of civil sector, will join the discussion on the role of the Solidarity for Poland and East Europe, on Ukrainian-Polish relations and present challenges for our countries. Another important topic will be about global processes and informational transformations. Thus, Svitlana Matviyenko will talk about creation of global information empire. Mykhaylo Minakov is going to enlarge on political and social experiments in the 1990s that led to paternalistic society in Ukraine.