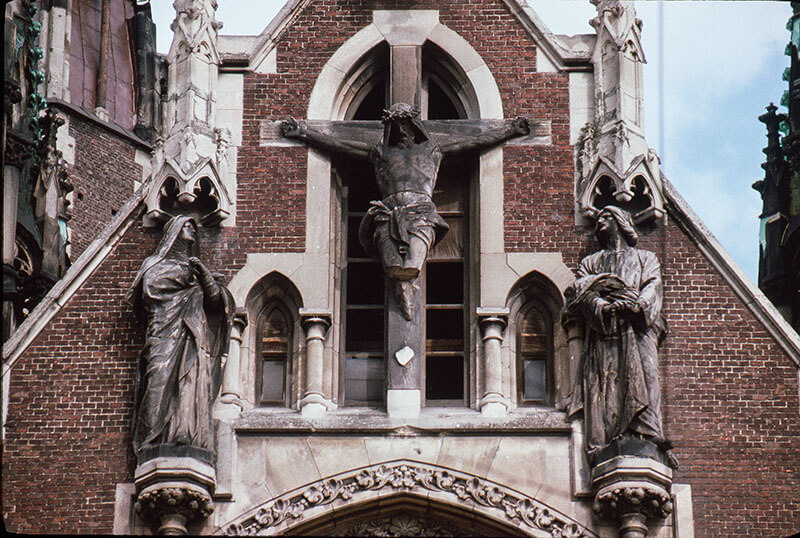 The lecture was on the history of Ukrainian Greek Catholic Church in the second half of the 20th c., from its formal liquidation by the Stalin regime during the so called Lviv Convocation of 1946, until its coming out of the underground in late 1980s-early 1990s. There were several reasons why Soviet authorities had to "solve the Uniate problem" at any cost soon after annexing Western Ukraine. Firstly, the Communists did not accept any religion, Russian authorities did not accept "the Uniates" and "the bourgeois Ukrainian nationalists"; then, there was fear of totalitarian regime for large social influence of the Church and its links to the Vatican. Ukrainian Greek Catholics found themselves in the situation of "choice without any options", and had to survive and keep their ecclesial tradition, to preserve the "non-existent" church network that allowed resuming their own Church as soon as the pressure of the regime went weaker.

It is the period in the Church life that remains largely underexplored, even though there used to be a historiographic interest and a wider public concern about the Soviet history at large, and the history of the Church under Communist rule in particular. Taking the perspective of the persecuted underground Church (which was one of the options for Greek Catholics after 1946), it was a history of the "Church of the Martyrs", a dramatic and heroic account of the spiritual resistance to the totalitarian regime. In terms of the "re-united community" (since most Greek Catholics changed for Orthodox denomination after 1946), it was a very different story, less heroic, more dramatic and complicated. It was not the story of the "unbent martyrs" but the story of the survivors who made it due to numerous compromises and adaptive practices, who were severely criticized by the opponents for the "collaboration" with the regime.

The history of the Ukrainian Greek Catholic Church of the Soviet period is the history of the both, and the lecture would try to show it. The renewal of the modern day UGCC was made possible in the situation of Gorbachev’s glasnost policy, and also due to multiple mass protests of Greek Catholics advocating for legalization of their Church in the late 1980s. It was also possible due to the fact that the institutional Church network had been preserved (despite the persecution of the Soviet times) in the form of the "Church within the Church", within the Russian Orthodox Church.