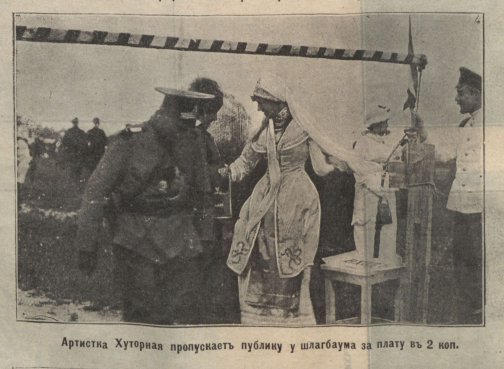 Kyiv in 1914–1922: City and Culture through War, Revolutions and Recovery

The First World War meant the enormous scale of mobilization, high mortality rates, daily transportation of thousands of wounded soldiers, the deportation of people from the pre-front zone, the collapse of the railway system and as a result a complete disorder of supply system which led to the economic crisis, fuel shortages and all the other consequences of the war were felt by everyone on the "home front". What urban history can offer for researching societies undergoing radical changes and living in violent circumstances is an exploration of everyday life of inhabitants from different social and ethnic backgrounds and to avoid a strictly national narration.

The project has two parts: a social and cultural history. While the first part on the social history of the city is completed, the research cultural policy and cultural life of Kyiv will be realized in cooperation with the Center for Urban History. Together these two parts will present, following Roger Chickering’s approach, different dimensions of Kyiv urban community’s and individual and collective experiences of those, who lived in Kyiv during the war and revolution.

This project "Kyiv in 1914–1922: City and Culture through War, Revolutions and Recovery" looks at cultural policies and practices in across the First World War conjuncture, including occupations, revolutions, and post-conflict reconstruction. Kyiv in this period was a center of booming cultural and artistic life. The city, therefore, offers a unique possibility to examine relations between the city itself, which imposed its own cultural infrastructure, and its dwellers, who used the proposed performances in their own way, under frequent and rapidly changing circumstances, and with radical visions of cultural production and the arts. The urban perspective allows for reexamining the cultural history of a major cultural center in Eastern Europe; yet it offers a more nuanced approach that analyzes, as opposed to assumes, competing imperial and national visions.