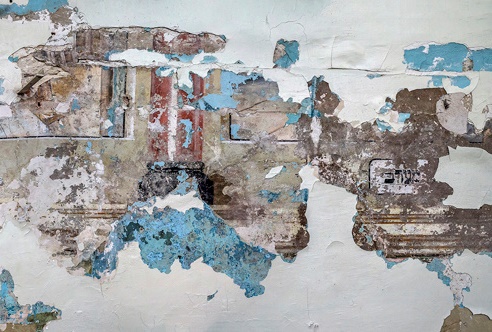 This research focus incorporates several individual projects, as well as initiatives in cooperation that analyze heritage both as a set of concepts, discourses, and practices, as well as institutional and discursive frames. A major premise of this focus is to take a longer chronological overview, tracing the development and impact of heritage concepts and practices from the Soviet Union / Soviet Ukraine into the present. Exploring the ways how heritage is conceptualized and managed offers a possibility to trace circulations, adaptations and impacts between local, and transnational scales. It is important for us to trace how heritage practices are integrated within a set of institutions, policies, and expertise. This contextualization will allow for a more complex and dynamic understanding of heritage discourses and practices in contemporary Ukraine and Eastern Europe. While research geography is not defined by Lviv, the city is a place to engage in contemporary discussions, practical projects, and bringing in best-practice formats into the public, shaping a bridge between research and practice. This research asks how different kinds of power relations, negotiations, and contestations were generated by different actors in the spheres of heritage selection, preservation, use, and promotion, in specific Soviet and post-Soviet settings. We are interested in how institutionalization and professionalization influenced the making of cultural heritage, but also how different layers of the past (local, regional, imperial, national, transnational) were renegotiated during the Soviet and post-Soviet periods. Finally, this research focus questions chronological frames and asks how diversity and homogeneity were tackled not only before and after 1989/1991, but also across longer period of the second half of the 20th century and early 21st century. This research theme has strong practical dimensions and relevance. Urban heritage was one of the focuses at the Center from its establishment, both as an area of research and a topic for public history and community projects. The Center launched and organized several initiatives focusing specifically on heritage practices and history of heritages in Lviv, and more generally in Eastern and Central Europe. One of the examples of our engagement with urban heritage on a both scholarly and practical level is how our 2008 international conference "Jewish Urban Heritage and History in East Central Europe" sparked an initiative to commemorate and mark sites of Jewish history and heritage in Lviv. Over several years, it developed into "The Space of Synagogues," which includes projects to conserve and mark the sites of two synagogues and a beth hamidrash in Lviv. This project is realized in cooperation with the Lviv City Council and the German Organization for International Cooperation (GIZ).