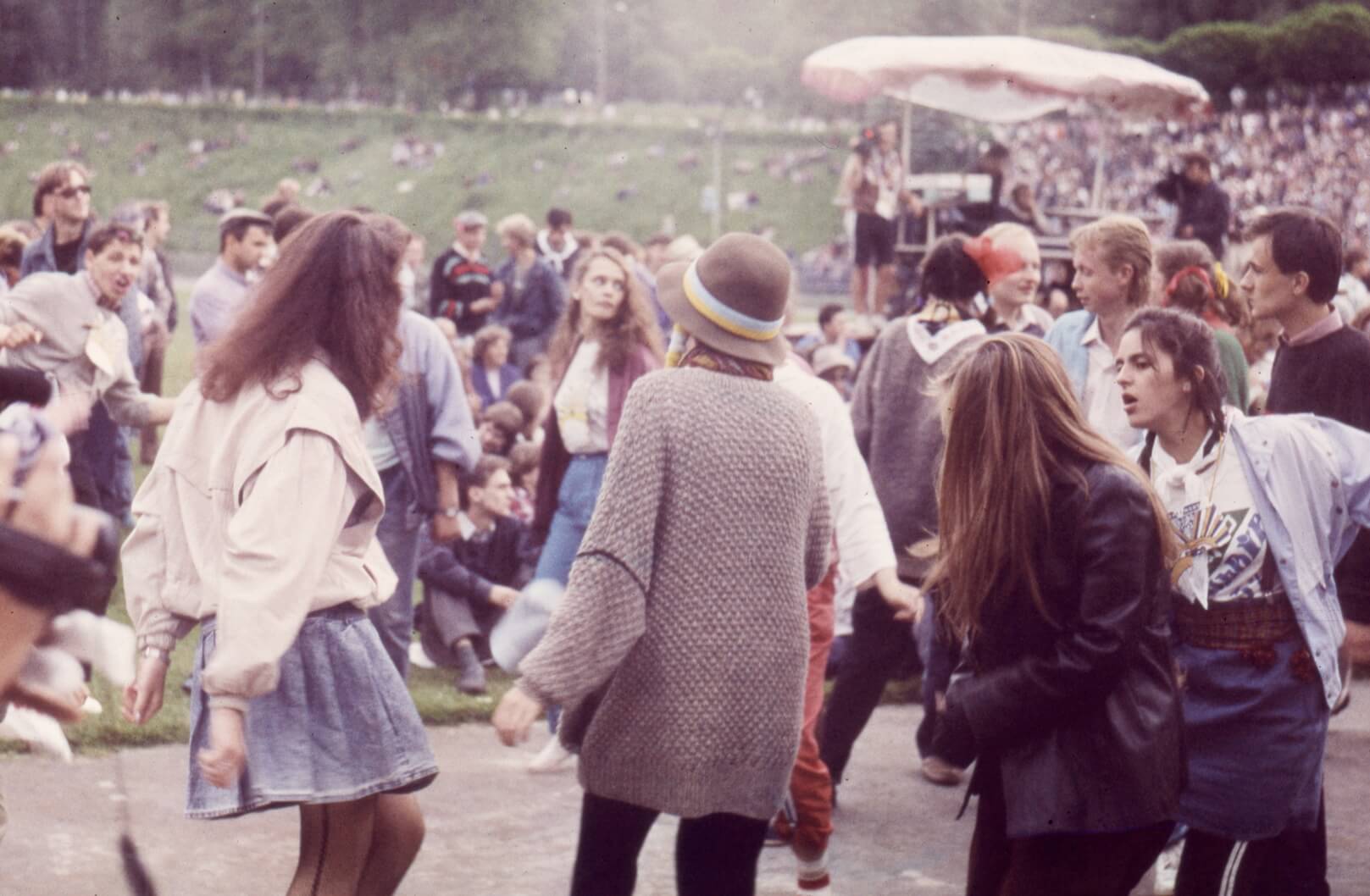 The members of the fraternity of Ivan Franko National (back then it was "State") Universiy in Lviv who took active part in holding and preparing the Lviv "Vyvykh" (The Twist) festival (1990) often recall this event as an "attempt to unleash spiritual energy of people" through holding (according to them) a "Republican youth festival of street culture." The festival authors relied on the texts and scenarios developed by Sashko Irvanets, Yurko Vynnychuk, and Serhiy Proskurnia. The latter one used to be a director of the famous event "Awakening of Poetry" that took place on the stage of Lviv Opera Theater on the last day of the festival. The art designers of the spectacle were young "ruffian" artists of the time Yurko Kokh and Vlodko Kaufman. The "Vyvykh" festival had become a metaphor of the Lviv 1990s (beginning in the second half of the 1980s). It also clearly emphasized that public space of the city now belonged not only to authorities but also to common people, the city freaks.

We invited two active participants of the "Vyvykh" festival Vlodko Kaufman and Serhiy Proskurnia to the meeting dedicated to the 1990s in Lviv. With their support, we took guests on a "metaphysical" trip to the turbulent years at the close of the Soviet empire and tried to figure out what it really was like and what the role was in holding the "Vyvykh" in the late Soviet city of Lviv, its space and topos, its people and tropes.

The meeting was moderated by Bohdan Shumylovych, a researcher, director of the Urban Media Archive at the Center for Urban History.