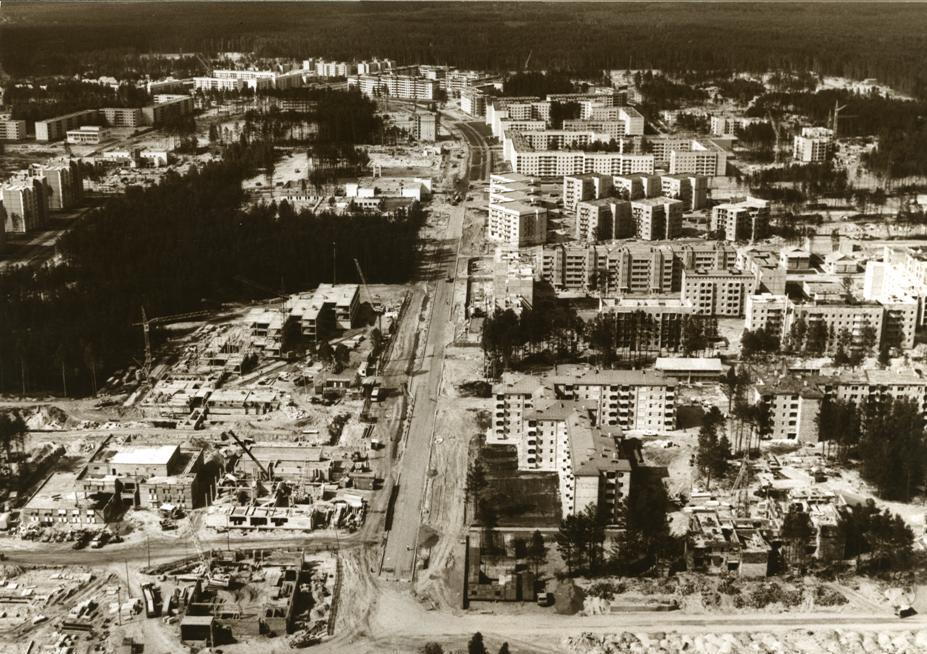 Planning, Building, and Living in the Last Soviet City: Slavutych 1986-2000

The Soviet Union and socialist countries have a special chapter in the global history of new towns in the 20th century. One case in that chapter is "the last planned Soviet city" – Slavutych, built in from 1986 to 1989 in Soviet Ukraine. Yet Slavutych is more than the last planned city, or the last atomgrad. Rather, it was an attempt at rethinking what a new city could and should mean in a context of change and perestroika. On an everyday level, this new city was to become a new home for 30000 people impacted by and involved in managing the nuclear catastrophe at the Chernobyl Nuclear Plant. Slavutych, however, tells a larger story of socialist attempts to shape the built environment and society in a post-catastrophic context. This research project contributes to a larger story of the new types of cities in the 20th century. These cities had an unusual relationship to the past, marked by unprecedented, unexpected, and deadly disaster, and to the future, imagined not only as a place to live after incomprehensible catastrophe, but also as a place of radical beginnings.

Symbolically Slavutych was a radical rendering of the idea of friendship of people. Eight teams of architects and construction workers came from eight Soviet republics – Ukraine, Russia, Latvia, Lithuania, Estonia, Azerbaijan, Armenia, and Georgia--coordinated by the Institute of Experimental Urban Planning in Kyiv. The city was to become an embodiment of the ideal socialist universe, an important challenge given the recent disaster that undermined the legitimacy of the Soviet state, the belief in scientific progress, and high modernism. The resulting project that aimed to revisit the possibilities for the Soviet city was developed in two months across transnational, or rather trans-republican, space, and engaged with such concepts as eco architecture, vernacular and regional planning and design that challenged the repetitive structures of modernist housing estates, and "closed district layouts," kvartaly representing national typical styles from eight republics.

Exploring the ways the city was envisioned and constructed will revisit the end of the socialist period by tracing the ways future was imagined and built in the last Soviet city. How did disastrous urgency bring together multiple architectural discourses in a place that was in constant engagement with the modernist atomgrady, especially Prypiat, an award-winning city, yet one now doomed to decay? Moreover, how does disastrous urgency open new possibilities? Taking a bottom-up perspective, this research explores how architects designed living spaces in relation to work spaces. More broadly the case of Slavutych offers a comparison to other cities that interpreted both socialist and international discussions on new planned towns based on a growing criticism of modernist urban planning.

Ievgenia Gubkina, "On the Edge of Imagining: Planning and Building the Last New Soviet City Slavutych", presentation at the international conference "Cities of a new type. Industrial Cities in Socialist Countries after 1945," Pepper Art Projects in College of Dunaujvaros, Dunaujvaros, Hungary, May 21 -22, 2015