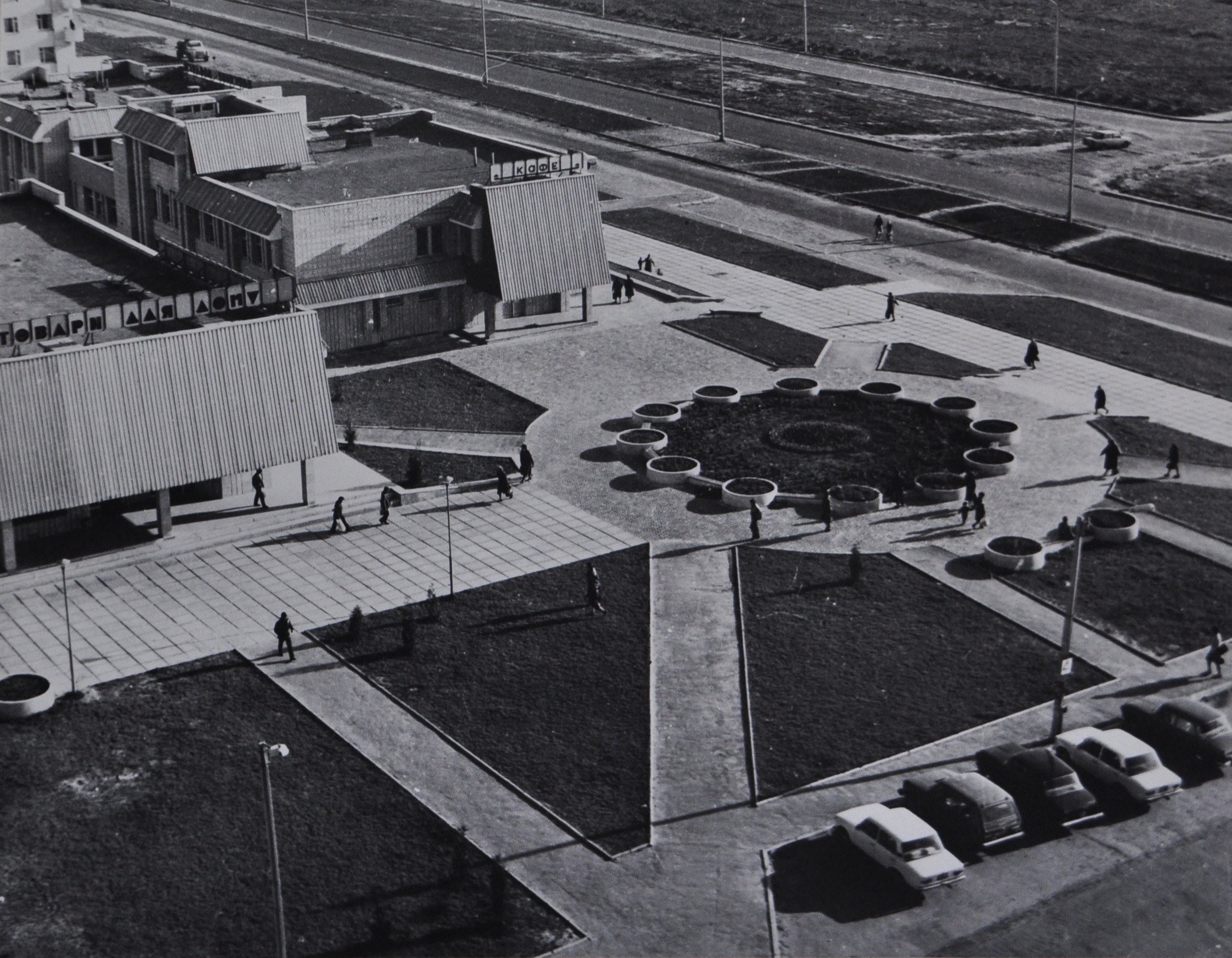 Imagined and Experienced: Planned Residential Districts in the Late Socialism and Beyond

The research project considers urbanities that started emerging within the large-scale housing estates mostly on the outskirts of socialist cities in the course of the extensive urbanization in 1960-80s. These housing developments that contain hundreds of residential units within homogeneous morphologies were a quantitative answer of the state to the question of the dramatic housing shortage. Being inseparably integrated into political manifests and economical programs, modernist architectural and city-planning principles should become a tool for solving wider social problems. However, housing districts as physical structures, built according to similar principles, transformed according to different scenarios, and their components acquired new attributes and connections depending on the changing contexts. Since the emergence of the first sketches of the modernist housing developments, their image has dramatically changed; pretended homogeneity of their built environment, deprived of architectural ‘superfluities’ became a background for layering new identities created by multiple actors. Reflecting this, the project considers dependencies between tangible and intangible transformations and processes within large-scale housing estates, built during the late socialism.

At the project’s core is the case study of Sykhiv, the youngest and the biggest centrally planned housing estate of Lviv (Ukraine). Its construction started in the 1970s, but part of the public facilities and infrastructural projects ‘remained on paper’ because of the economic and ideological crisis that began in late 1980s. Since then Sykhiv started being complemented by new morphologies, functions, and meanings; and by now it remains one of the most actively developing districts of the city. Accordingly, the area is considered as a dynamic landscape, components of which are reassembling in the changeable context and balancing between notions of rural and urban, connected and disconnected, modern and outdated etc. The case of Sykhiv district, which intended to be an exemplary workers’ settlement, is complemented by the case study of the district of Rosengård (Malmö, Sweden), designed as an innovative housing for everyone. Both of them were built in the framework of state programs according to similar modernist principles, and both of them have been affected by constantly changing contexts and multiple identities. Comparison of these housing estates is being conducted on the three dialectical levels: physical dimension (built environment analysis), everyday life (based on observations and interviewing of the users), and representations (based on the analysis of the media and professional literature sources, interviewing professionals). The research is based on the methods from the few fields (architecture, city planning, social anthropology, visual studies etc), that should help to combine user experience, ideas of professionals and morphological transformation. At the same time, in the project, this generic architecture is being considered as a backdrop for the social space production with intrinsic for such process conflicts, cohabitation patterns, sense of belonging or alienation.

Finally, analyze of modernist landscapes as intellectual legacy is important for the rethinking contemporary architectural processes. This is especially relevant for Ukraine, where the urban environment if created as a contraposition or (inert?) imitation of some late-modernist morphologies and Soviet cityscape features. Along with this, modernist legacy are often rejected and uninvestigated by both users and professionals.

The project is a continuation of the PhD-research "Identity formation of the large-scale housing estates built in the 1960-80 in Europe" (affiliation - Lviv Polytechnic National University, Department of Design and Architecture Basics, 2013-2017).

Research of the Swedish case at the department of Urban Studies at Malmö University, held in 2015-2016 was possible thanks to support of Swedish Institute (Visby Programme Scholarships for PhD Studies and Postdoctoral Research).

In 2015 in cooperation with Natalia Otrishchenko a methodology for in-depth interviewing of residents of Sykhiv was developed and interviews were conducted.

Mysak, N. 2016. "Superfluities" in the Architecture of Multi-Family Housing in Lviv from 1956 until the Present: Transformation in Changing Contexts. Rocznik Lubelski, T.XLII, pp. 165-177. (in Ukrainian)

Mysak, N. 2014. The Morphology of Open Spaces within Large-Panel Housing Estates: the Pedestrian Perception (a case study of Sykhiv estate in Lviv, Ukraine). Środowisko Mieszkaniowe, 13, pp. 164–172. (in Polish and English)

Lecture "Dynamic Landscape of Sykhiv" for the public program "Sykhiv by night" in the framework of the summer school "Sykhiv: Spaces, Memories, Practices", 13 August, Center for Urban History, Lviv.

Presentation "Honesty on the Other Side of the Cityness: Case Study of the Modernist Housing Estate Sykhiv in Lviv" at the ASEEES - MAG Summer Convention "Images of the Other", Lviv, June 26-28, 2016.

Descriptions of the objects for the theme "Sykhiv: from Microraion to Macrohistory" of the project "Lviv Interactive", Center for Urban History.