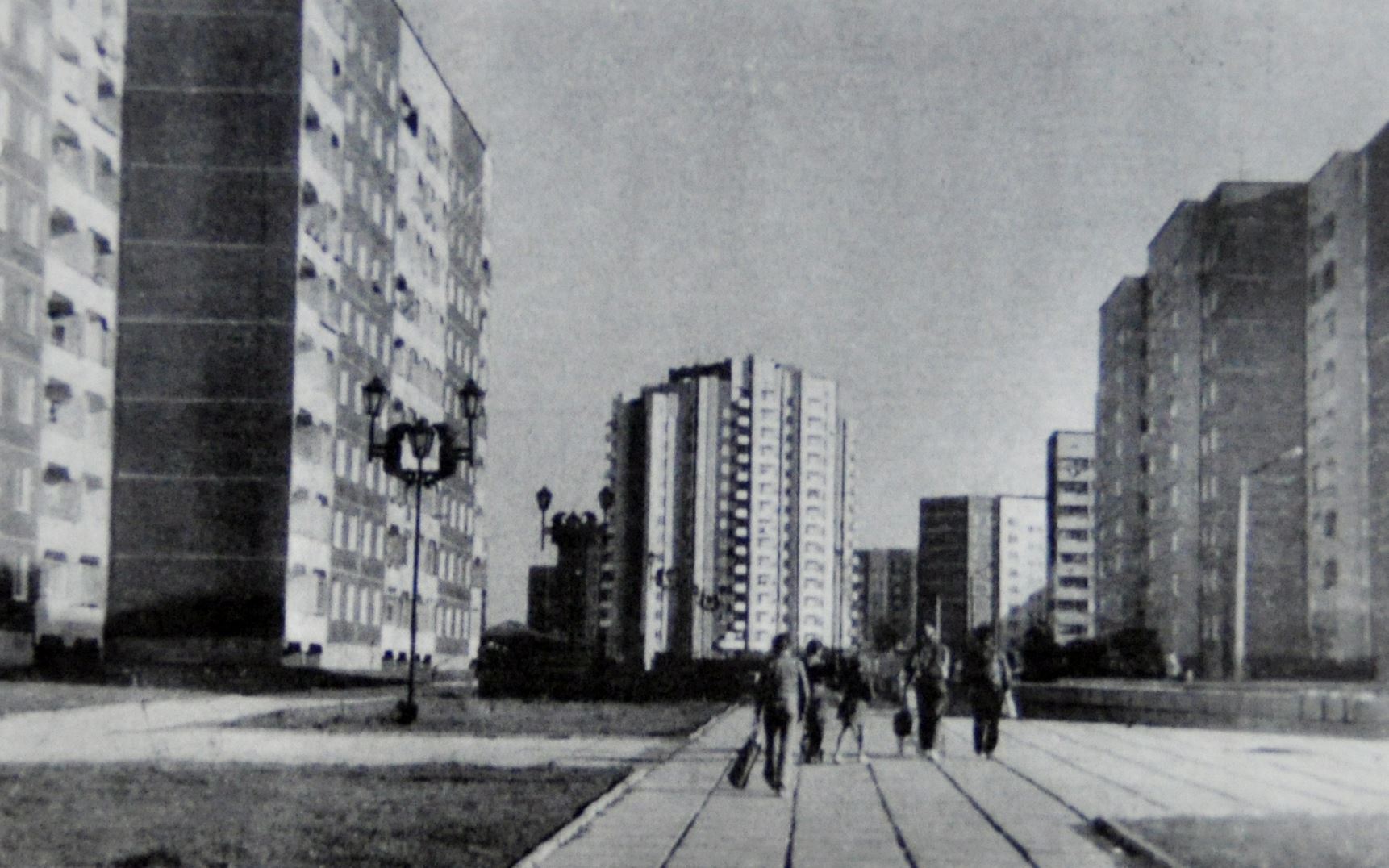 Sykhiv is the biggest housing estate of Lviv, initially planned and built through the 1970s and 1980s. Composed of 12 microrayons, it was intended to become a home for 120 thousand workers of the south-eastern industrial hub of the city. The construction of residential buildings, most of which were of the same series, was completed according to original plans, but many public facility and infrastructural projects remained unfinished or unimplemented because of the economic crisis that began in late 1980’s. The systemic changes that came with the breakdown of the Soviet Union and the independence of Ukraine, resulted in multiple urban transformations on the different levels including that of the district. Not only Sykhiv was facing many challenges, but experiences new developments, adding new structures, functions, and meanings, and by now is considered as one of the most active districts of Lviv.

The school will explore the situations, changes, and challenges of mass housing districts through a combination of architectural, anthropological, sociological and historical research tools that will allow for more comprehensive and multifaceted understandings of mass housing urbanity. Highlighting different types of links between symbolic, material and human levels of once planned spaces is important for development of vectors of transformation and visions of future of such urban areas.

Mackintosh School of Architecture, Glasgow School of Art
The Functionalist Сity and Its Critics

KU Leuven / Center for Fine Arts BOZAR
A History of the Socialist City: 5 Blueprints for Modernity from the Second World

Workshops will focus on methods of urban research and revitalization of the planned areas.

Participants will be asked to work on their projects within the three theme-based studios under the tutorial of architect Nataliya Mysak ("Spaces" studio), historian Dr. Iryna Sklokina ("Memories" studio) and anthropologist Dr. Svitlana Odynets ("Practices" studio).

The "Spaces" studio aims at the reinterpretation of the Sykhiv district morphology and its structure through spatial analysis as well as analysis of experiences and ideas of users. While part of the functional links, which were set as principles for districts design, were not effective in the changing contexts, alternative links and spaces have been emerging in the district along with construction of new architectural and infrastructural objects. During the studio, students will focus on the ways how space is produced in the district (considering its both spatial and symbolic layers) and develop a narrative on it.

The "Memories" studio is going to deal with the imaginations and expectations of the dwellers before moving to Sykhiv and after it. The main question is how the previous experiences of inhabitants were used and rethought in order to adapt to Sykhiv, to appropriate it, and to make it socially meaningful place. Students will also pay attention to broader issue of what are the symbolic resources (related to "history" or not) that are used by dwellers from different groups for their empowerment, struggling for change, and imagining the future of the district.

The "Practices" studio will analyze the experiences of inhabitants related to the place and functions of the Sykhiv area on the symbolic map of Lviv. The migration of people in Sykhiv will also be an important focus for the studio, including "old" migrations from nearby villages to Sykhiv in 1980s, the "new" internal migrations from Sykhiv to other city districts after partial deindustrialization as well as current transnational migrations to EU countries after the 1990s. Students will also look into the different types of social and material capitals that are circulating in these migrations, and the new practices in everyday life.

Final presentation of the results of the school will be a part of the conference "The Ins and Outs of Socialism: Visions and Experiences of Urban Change in the Second World" (Lviv, August 25-27, 2017). The school participants will also have to prepare the final essays to be published in the aftermath of the school.

The school is organized by the Center for Urban History with the support of the Heinrich Böll Foundation (Office in Ukraine).

[Videos of the events]

Сover Image: Photo from the magazine "Architecture and Construction of the USSR" in the late 80's - early 90's /Сихів Медіа / Sykhiv Media