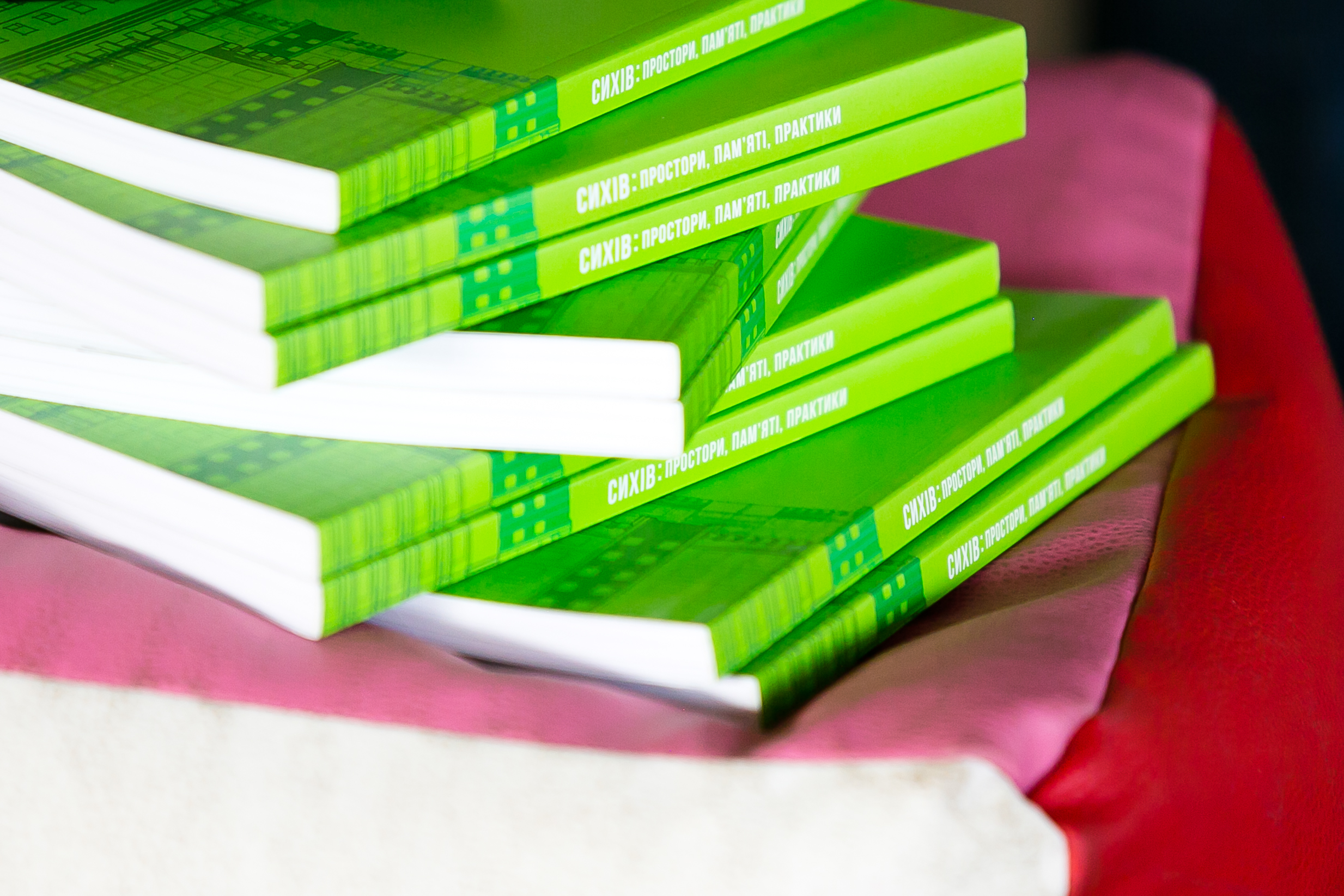 Presentation of the volume of final essays by participants of the summer school "Sykhiv: Spaces, Memories, Practices"

Last year program of open lectures and discussions was called "Sykhiv By Night." It travelled through different locations of the neighborhood and offered new ways to use common spaces. This summer, we are happy to return to Sykhiv on a July night to present the outcomes of the urban summer school on planned urbanity run for the third time by the Center for Urban History.

The book covers various aspects of Sykhiv life. The first chapter – "Spaces" – is about transformations of the role of water (both as every-day and as aesthetic or recreational need) in centrally designed neighborhoods. The authors analyze differences between the planned, the implemented, and the transformed functions of the nature in general and of water particularly in a modern city. They also reflect on new opportunities for this space. The second chapter– "Memories" – covers essays on the changes of symbolic landscapes, memories from childhood years, migration experiences, and gardening practices. They all highlight the sense of unity between personal stories and the history of the area in various ways. Moreover, these texts undermine the stereotypical attitudes towards crucial differences between the "new Sykhiv" and the "old Lviv." The collection concludes with a chapter on "Practices." These essays demonstrate changes in Sykhiv due to the movement of capitals and establishment of new forms of leisure practices, consumption, and sports.

The authors come from different research traditions (architecture, geography, history, psychology, sociology, urban studies) and represent academic institutions from over a dozen of countries (Austria, Belarus, the Czech Republic, Estonia, Greece, Hungary, Lithuania, Poland, Serbia, Sweden, the UK, and Ukraine). This is our way to show prospects for interdisciplinary cooperation, and also to talk about Sykhiv in a certain comparative context, since similar housing estates are home to many citizens but rarely get in the focus of a specific study. We do hope that our work will give inspiration to be more sensetive to the space we live in and bring new ideas about active engagement into the process of transforming and re-assembling cities.

The presentation will be attended by the tutors of the studios Natalia Mysak and Iryna Sklokina. Moderator – Natalia Otrishchenko.