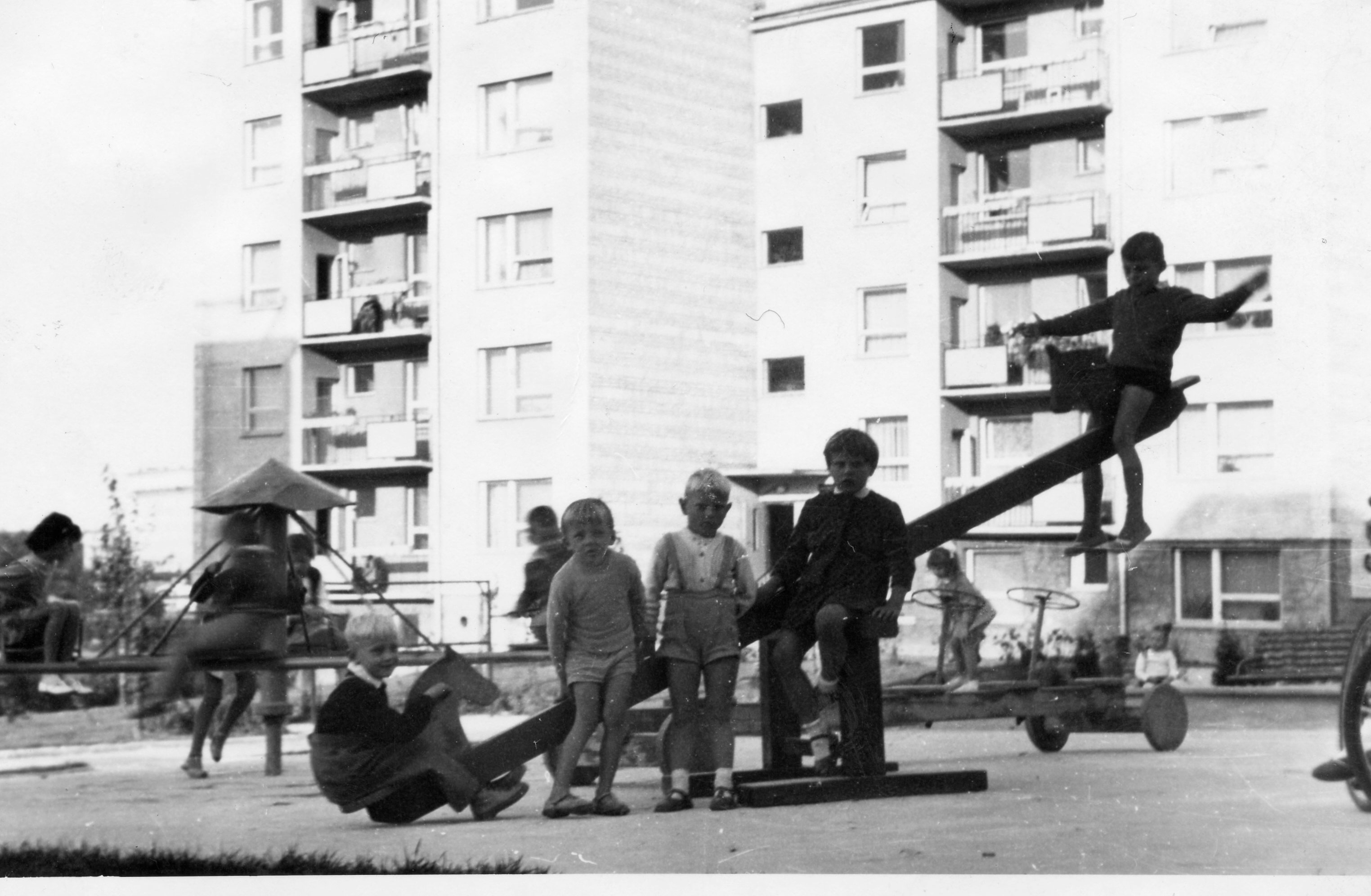 The estate of the Lublin Housing Cooperative (LHC) is one of the largest post-WWII housing projects in Eastern Poland. Also known as the Sunny Hill, it is a 242-hectare conglomerate of seven housing estates designed by five architects. Among the five, Oskar Hansen undoubtedly deserves the most attention – born in Helsinki, he studied with Fernand Léger and apprenticed under Pierre Jeanneret. He was the author of the theory of Open Form, within which the artist does not create a closed work of art but opens up opportunities for contexts and interpretations. The entire LHC district is a unique example of the consistent and creative adaptation of the 1950s urban planning to the conditions of Eastern Poland’s largest city, which resulted in a modern district privileging pedestrian traffic. The social reception of the quality of living and leisure space is still very high, rarely seen in the 20th century in Poland.