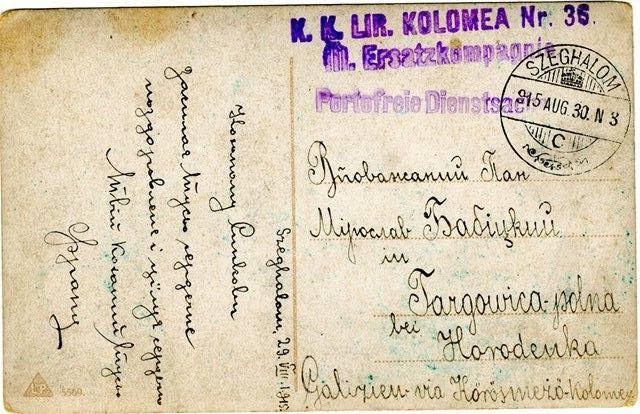 Divided by the War: Transformation of Family Relations During the Great War

Institute of Ethnography of the NAS of Ukraine

The lecture is about the family relations in several Ukrainian families in Galicia divided by the war. The couples were separated for several years, and had to maintain their relations at a distance, through exchanging letters. In his letter to the wife, a Ukrainian public and political figure Osyp Makovey, wrote: "If the war is going to take longer, men will eventually estrange themselves from their wives."

How was the experience affecting the style of relations in families? How were the established traditions about family relations changing during the war? What scenarios did different couples choose to create new formats of their relations? What social discussions were taking place around the war-induced transformations in the gender roles in the contemporary newspapers?

The live streaming will also be available on Youtube (see video link below).