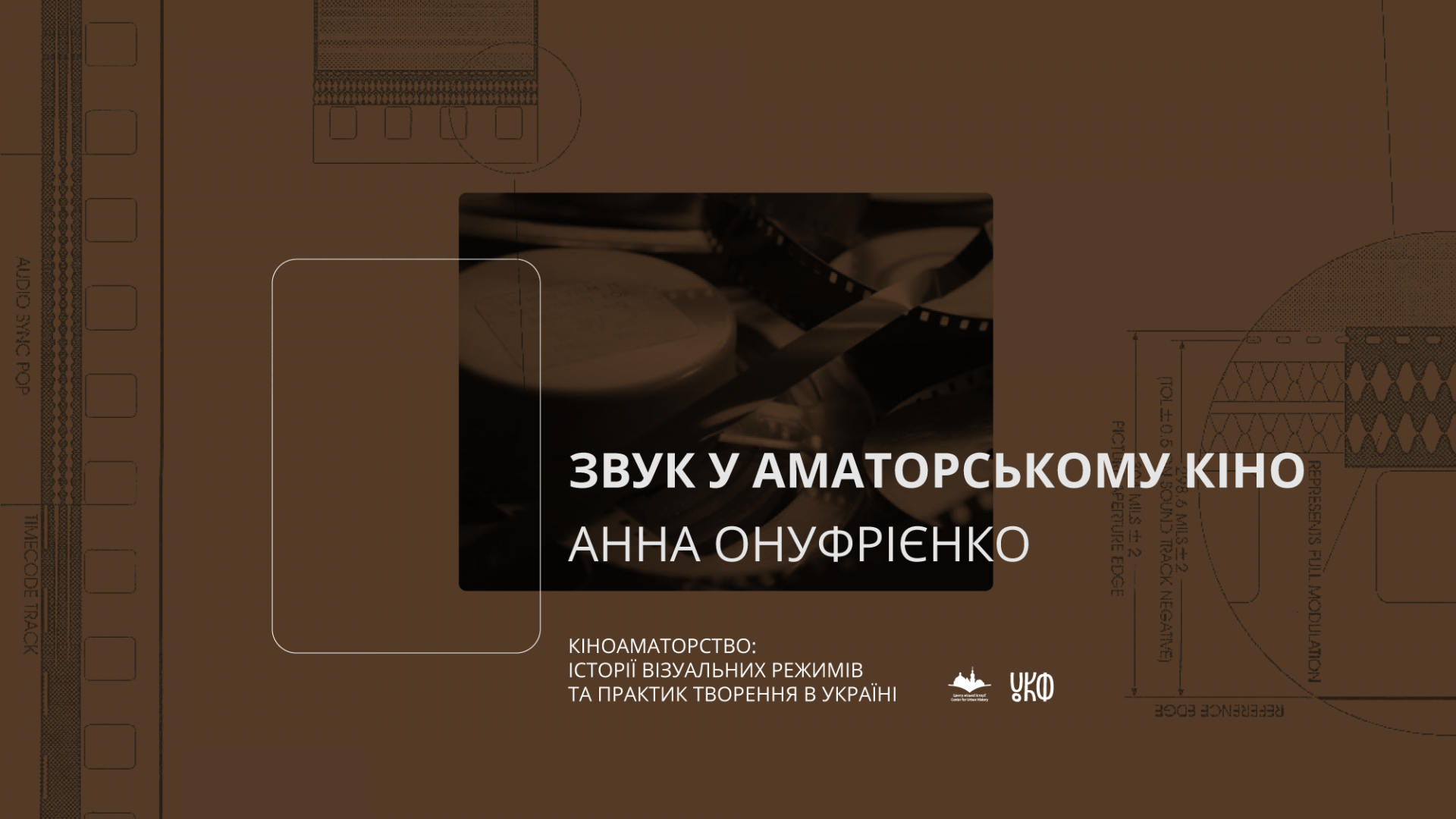 Welcome to the online lecture by Anna Onufrienko "Sound in Amateur Films," which continues the cycle of video lectures "Amateur Film-Making: History of Visual Modes and Creative Practices."

Ukrainian amateur film-makers of the second half of the twentieth century used the equipment that could not record and play a voice-over soundtrack. But they managed to ingeniously overcome the obstacle and involuntarily created a cinematic language, which combined their audience experience, experimental research and use of the conventions of the early silent cinema of 1910-20's. It is especially interesting to understand how the authors of feature films responded to this technical challenge. In fact, for them it was important to create a narrative, to tell a story that was clear to the audience. The paradox of the situation is that the authors of amateur films of the second half of the twentieth century created a narrative for the audience that grew up on sound cinema. Moreover, they themselves were spectators of sound films and stylized their own pictures for the genre of popular cinema of that time, most often for spy thrillers, comedy melodramas or action movies.

Amateurs often chose the genre of parody or various anti-genres for their films, in which they not only created narratives, but also destroyed them, reflecting on the medium of cinema. For them, it was important not only as a finished result, but also as a "game of film," a dialogue with the "big" studio cinema, as a leisure practice and the creation of micro-communities.