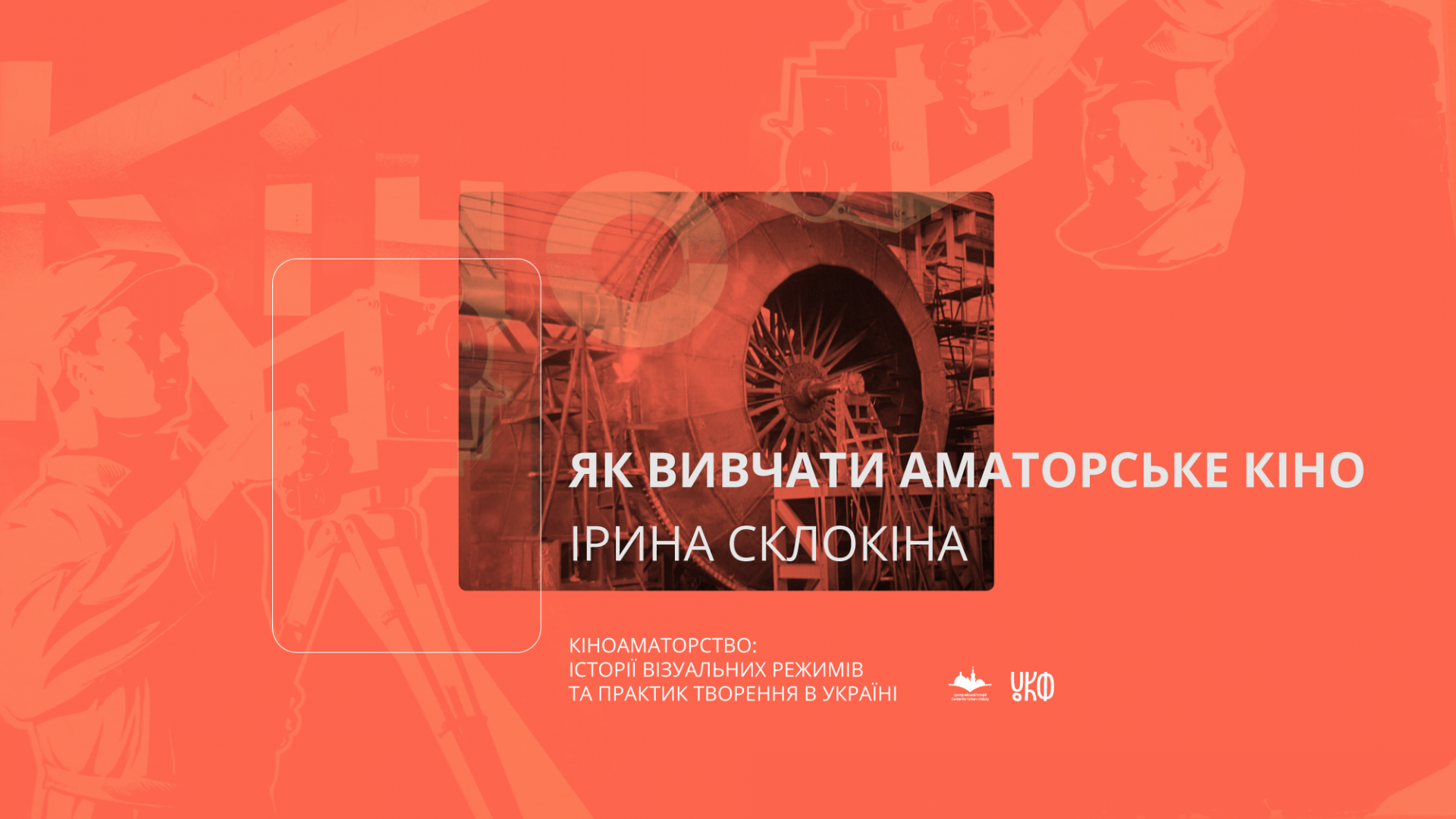 How to Study Amateur Films

Welcome to the online lecture by Iryna Sklokina "How to Study Amateur Films" which begins a series of video lectures "Amateur Film-Making: History of Visual Modes and Creative Practices."

Today's outburst of social media and other democratic mass media seems to bring dramatic change to the modern world. However, this fascination with the media and the availability of media creativity for "ordinary people" already have a history behind. Portable film cameras in the second half of the twentieth century also evoked enthusiasm and desire not only to capture the world around, but also to impact it. Today's humanities are rediscovering the phenomenon of amateur film-making, seeing it not as a "younger brother" or imitator of the "real" professional cinema, but as a self-sufficient phenomenon.

It is interesting to analyze not only the films themselves (images, plots, narratives, technical construction of the frame, strategies of expression, etc.) but also social processes around the creation of films and the contexts of their existence, such as screening, distribution, or networking between people around the media.

In her video lecture, Iryna Sklokina will touch on aspects such as the power potential of Soviet amateur film-making (a wide range, from the use of the amateur movement for government propaganda to escapist strategies, avoiding government propaganda, focusing on everyday life in all its diversity, direct criticism and undermining of the dominant ideology). Another important aspect is the global context of Soviet amateur film-making, the influence of pop culture from the Cold War era, which separated hostile geopolitical camps but also forced to magnetically view each other in the process of competition. You can study amateur film-makers from many other perspectives: history of emotions, social history (including the creation of the identity of the engineer, the history of family transformation and urbanization), history of technology and mobility, informal (shadow) economic practices, history of industrial production and the role of production cinema, etc.