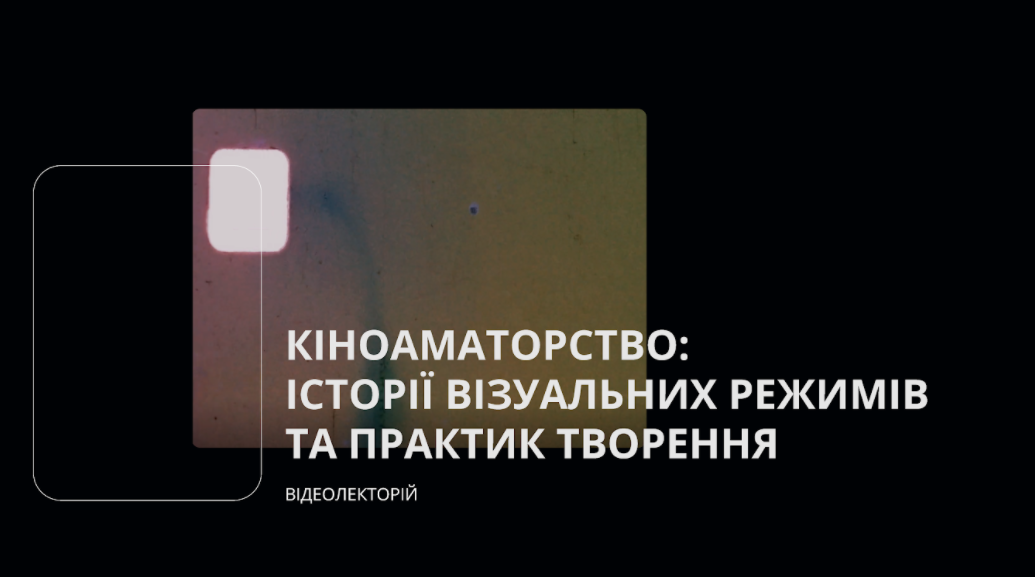 Amateur film is a phenomenon directly related to the technology of small-format shooting. It dates back to the end of the 19th century, but it acquired a mass character in the middle and second half of the 20th century. For many, filmmaking has become a means of creative self-expression, a tool for remembering and capturing important events in life, as well as an opportunity for leisure and interaction between people. Kilometers of film shot by amateur filmmakers still remain unreviewed due to the decline of technology and the private nature of filming. The legacy of amateur filmmakers is a huge layer of visual sources that witnessed the past from the perspective of a person's personal point of view.

The amateur filmmaker and his work can be viewed from different perspectives. You can look at this phenomenon from the perspective of academic metaphors, such as "a man with a movie camera," "a movie buff" or a film amateur. These words imply certain institutional practices and indicate how hegemony is constructed: if there is an amateur, on the one hand, then there is a clearly defined professional, on the other hand. Furthermore, historically, technology and media have usually constructed a new type of thinking, and so the film camera and the narrow film are also a problem of philosophical epistemology, or how we understand what we see through certain media. How does a person visually think about time, history, or family relationships?

The amateur filmmaker is also the story of how a film camera functions socially, if it is not designed to make the "real films," how the power is reflected in this practice of private visuality. The film camera was not a rather expensive treat, and therefore amateur cinema served as a way of social distinction. After all, a person with such a device had a special status and capabilities that most people without a camera did not. Each media has its own cultural and social status in a particular group. What did it mean to be able to film a birthday or a trip to the sea? How did such films work? Who were they shown to? Were these records boasted of or kept in the form of family "prosthetic devices" of memory?

Beyond these important questions, researchers can look at an intermedia dialogue – to study how amateur film-makers imitated film directors, how artists tried to overcome visual stereotypes. Genres have always been important and have played an important social function, rather than only aesthetic. Did the amateur imagine himself as a director? Did the amateur want to create a scene of persecution, love, or beauty? Was it possible to make a "private" spy film? We tried to find the answers to these questions in the series of video lectures "Amateur Film-Making: Histories of Visual Modes and Creation Practices":

The video lectures are part of the project "Society with a Movie Camera: History of Visual Modes and Creation Practices in Ukraine" supported by the Ukrainian Cultural Foundation.