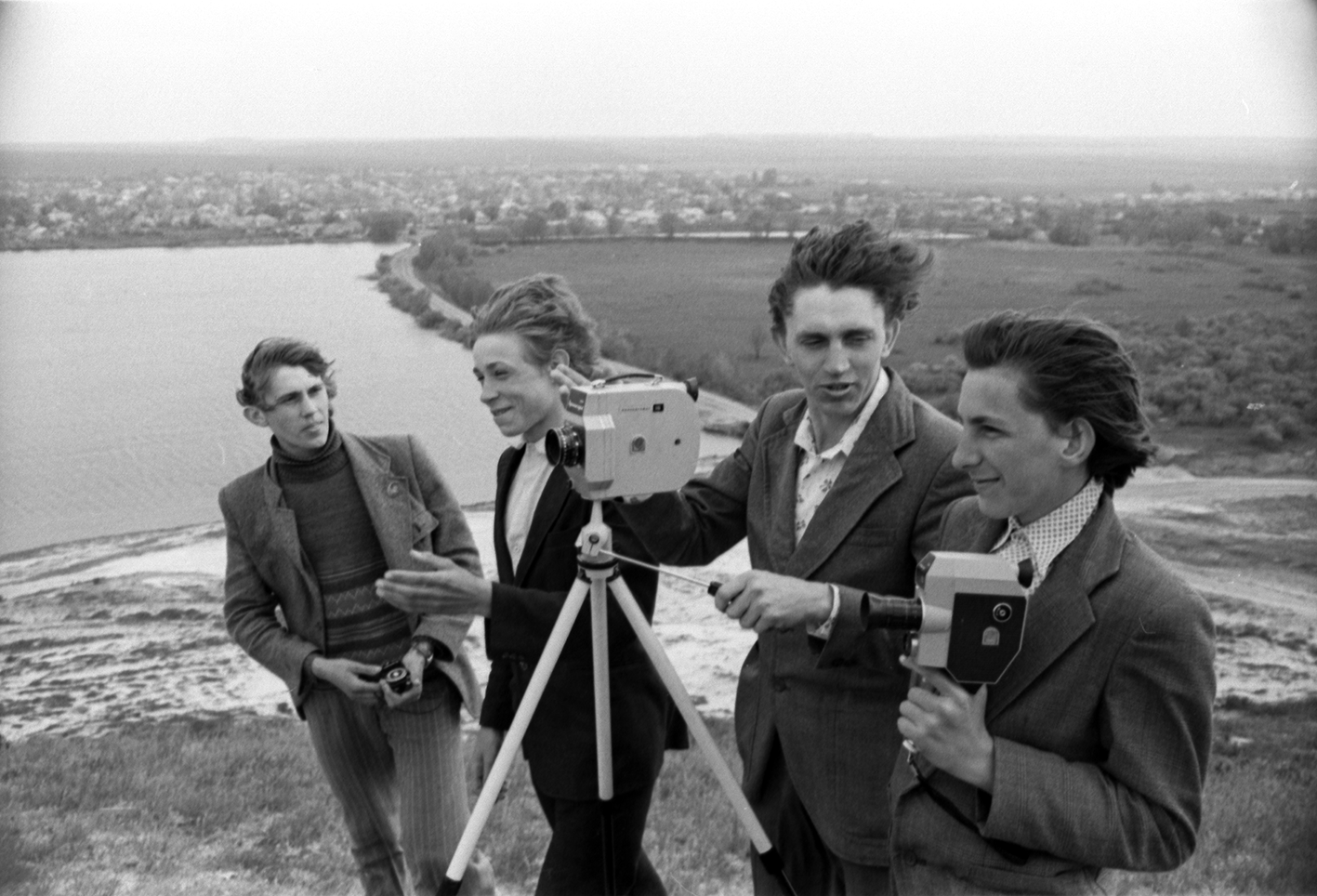 Society with a Movie Camera: Histories of Visual Modes and Creative Practices in Ukraine

Today, it is impossible to think of a society without the mass use of media tools for communication and information exchange. The role of visual media is the most important element of this process, and each participant is actually an active creator and recipient of images. However, a seismic shift to visuality started as soon as the 1990s "digital turn." It evolves historically. In the 1960s, people from different parts of the world dreamt of seeing the utopian fantasy of Dzyga Vertov coming true when the human eye "merges" with the mechanic cinecamera. The 1929 Ukrainian film "A Person with a Cinecamera," a classic of world Avant-Garde, inspired us to think of what happened when many people, rather than one person, received access to making their own films.

The exhibition project "Society with a Camera: Stories of Visual Regimes and Creative Practices in Ukraine" invites to take a historical perspective on the topic of origins of mass visual practices in the second half of the 20th century that are related to the creation of moving pictures, such as home movies, vernacular, and amateur films.

The project is based on the historical approach and the research into using private collections of home videos and amateur films produced with the 8 mm and 16 mm cinecameras. The practice of film amateurs is an important and global phenomenon that fits a certain timeline. It developed with the start of mass production of portable 8 mm and 16 mm film cameras and finished with the mass introduction of video technologies. The filmed objects came from various events, celebrations, everyday episodes, and parts of private life. The technology helped produce amateur films. On the one hand, Ukrainian "private life experience" is part of a global process, but it is different because of its special context. It is about the discourse of amateur film-making that was different from market economies. The same economic and political reasons impacted the cost and technicalities of film-making, which can be seen in their content.

The culture of exhibitions has been changing very dynamically. Now, their important element is not only to present the display but also to discuss the topics raised. Therefore, an important part of the project is the accompanying public program. It aims at getting deeper into the topic through the lectures and discussions, screening of films and videos, such as from the collection of the Urban Media Archive of the Center for Urban History, from partner institutions or private initiatives, master classes, curator and authored tours around the exhibition, and the video lecture course. The events within the public program will be running on a regular basis and focus on the topic of amateur creative works in the Ukrainian SSR and globally.

Oleksandr Makhanets, curator of the "Society with a Camera" exhibition

Top: Members of the film interest group of the house of culture in Novoaleksandrivka, shooting a film, 1981 // collection of the  Urban Media Archive  of the Center for Urban History