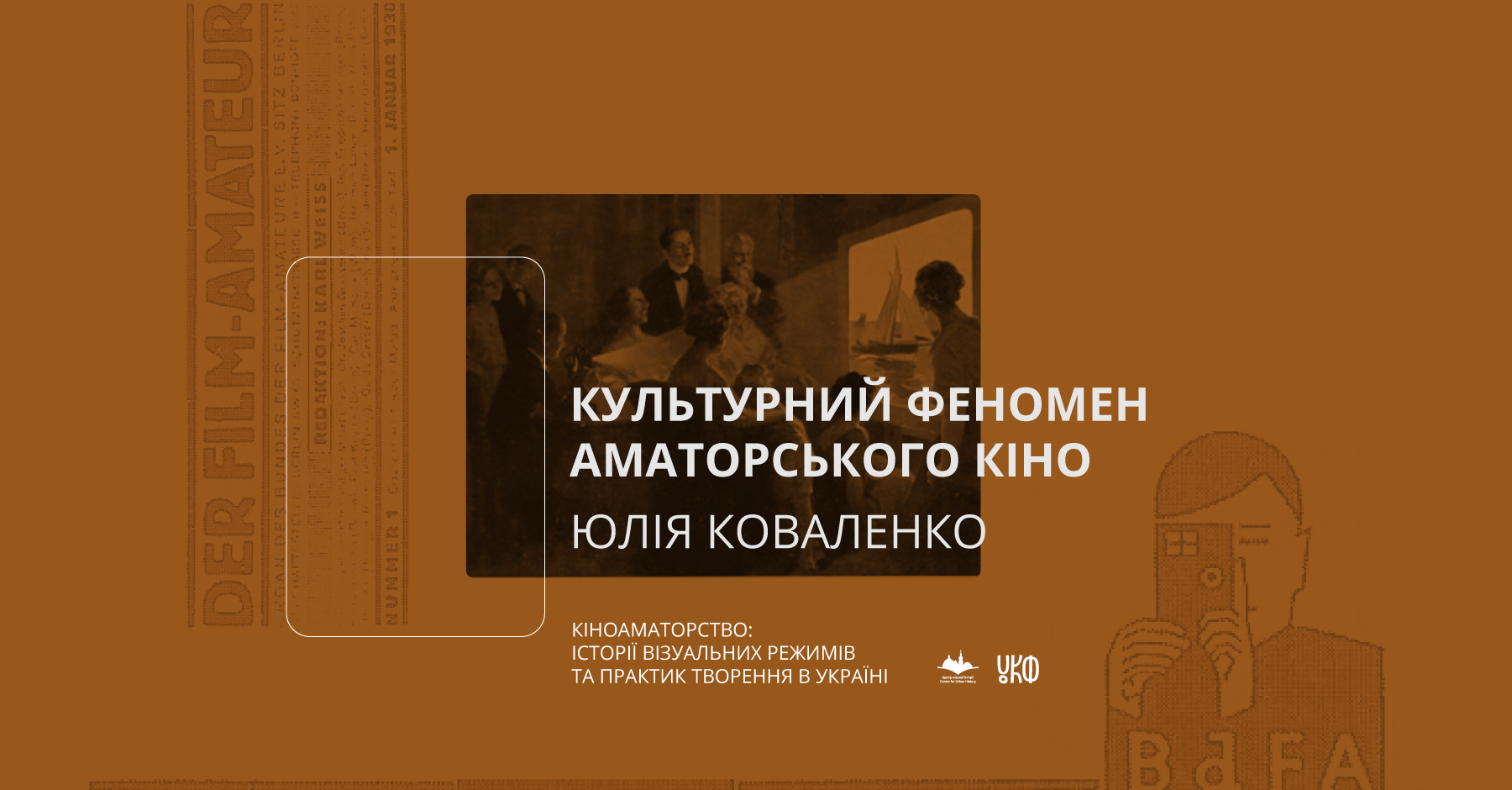 Welcome to online lecture by Yulia Kovalenko "The Cultural Phenomenon of Amateur Films," which continues the cycle of video lectures "Amateur Film-Making: History of Visual Modes and Creative Practices"

Usually, we use a general name of amateur film-making for something that is lacking a professional approach. It is something from the domain of hobbies or activities you do in free time, in addition to your main occupation. Thus, amateur film-making is perceived as a form of leisure rather than part of the world of cinema. However, is it fair to push film amateurs to the periphery of film history?

Consciously or not, amateur filmmakers mostly found themselves in opposition – to industry, to ideologies, to official culture, even to consumerism. In this lecture, we will try to trace the history of amateur cinema as a cultural phenomenon: from the first rebels and advocates of the true "magic" of cinema, which opens before the lenses of amateur cameras, to pirates, who became the driving force of entire national cinemas or new forms of amateur cinema built in the age of the Internet.