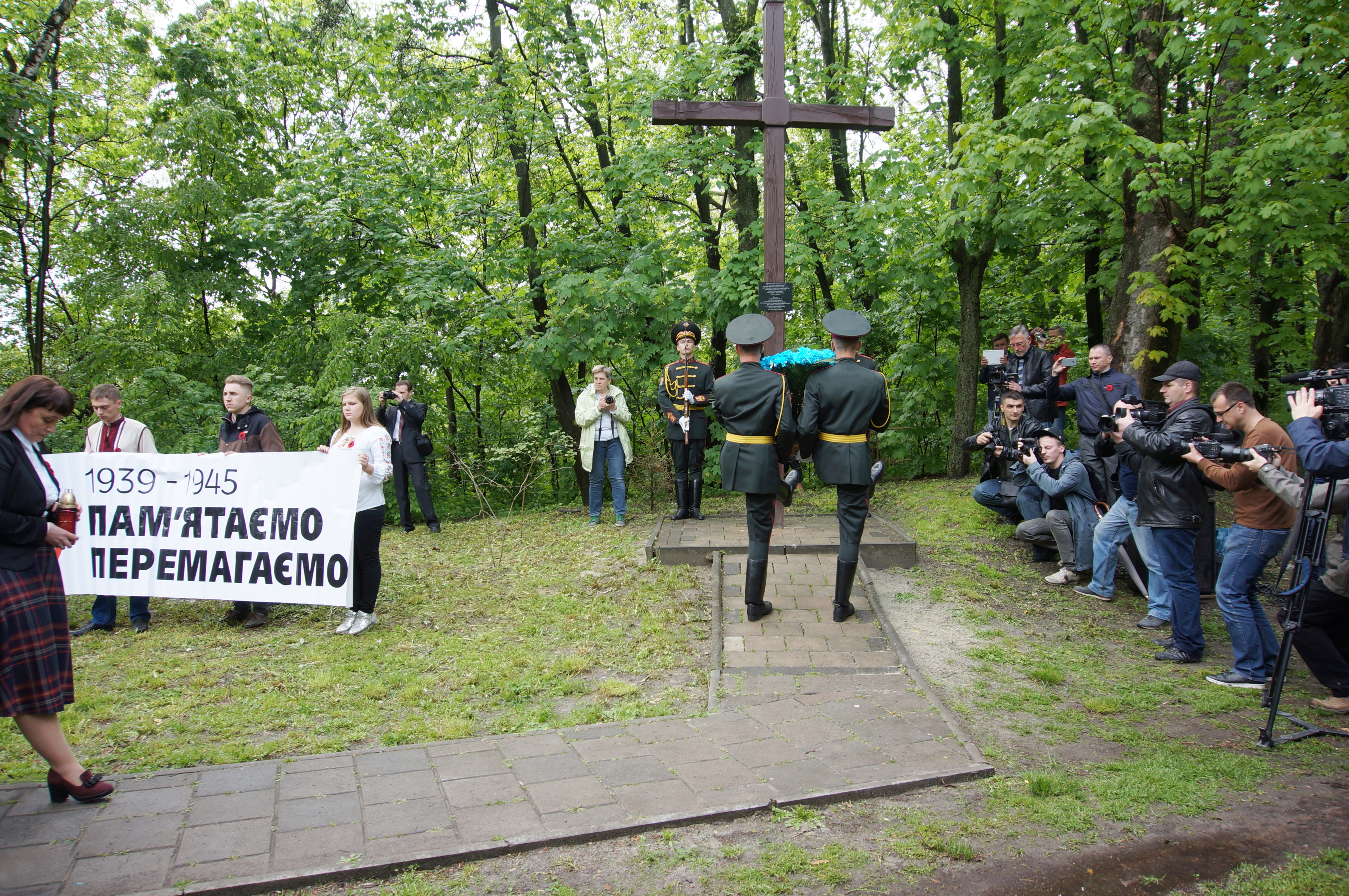 How Societies Remember? Representations and Commemorative Rituals of WWII in Lviv

Welcome to the premiere of documentary "De fac-to" and discussion.

"De fac-to" is a documentary about appropriating and re-interpreting history in post-factual society. Structured like a calendar, the film shows a variety of political, social and ethnic groups as they commemorate events of World War II. The emphasis is on the formal language and performative nature of these annual rituals. Notwithstanding the gravity of the historical background, the superimposition of various semantic layers at times leads to unintentional comedy. The project illustrates the complex coexistence of contrary realities in one post soviet city. By way of well-known historical facts the viewer is plunged into regional conflicts and conventions.

The film was shoot in Lviv in the years 2016 and 2017. It is a collaboration between the artist Ekaterina Shapiro-Obermair and the historian Alexandra Wachter(collaborative project "Lviv. Museum of War").

The film lasts 32 min. and will be followed by discussion with participation of Ekaterina Shapiro-Obermair, Alexandra Wachter, and Lviv historians Ihor Derevianyi, Iryna Sklokina, and Andrii Usach. Languages: Ukrainian, Russian.