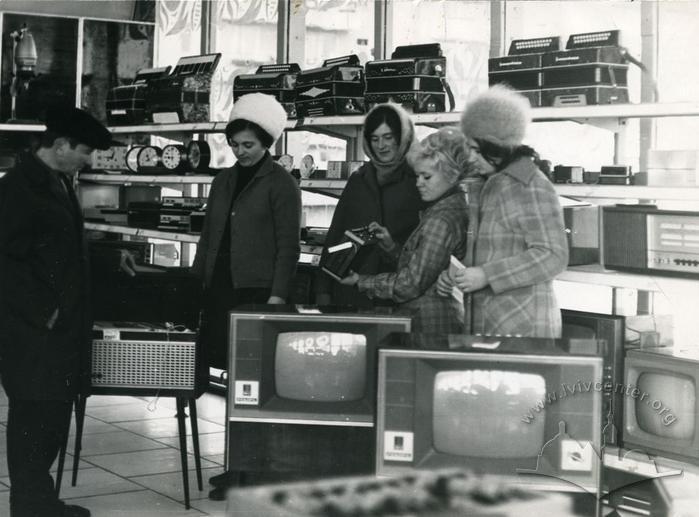 Between Heimat and Fatherland Television: Mediating the Land, Landing the Media in Soviet Ukraine, 1957-1989

From the late 1950s to the fall of the Soviet Union, Soviet media forged new waves and ways of imagination, from local to national to supranational. In the republics of the Soviet Union and in different regions within each republic, media helped to shape and balance regional specificity with a more universal sense of belonging within the Soviet state and community. An evolving set of institutions, practices, technologies, ideologies, and actors – covered by the term "mediascape" – produced media content, symbols, and narratives, in a setting of distribution channels, such as broadcasting stations and receivers for radio and TV. The Soviet mediascape was not only, as some scholars claim, a national ‘space’, but was also supranational, transnational, and highly hybridized.

The idea of Heimat television refers to regional broadcasting, which was established in the USSR prior to republican (national) media systems. Fatherland television, on the other hand, connotes to the all-Union Central television, which strived to develop programming for a new nation – the Soviet people. Thus, media in the USSR usually had a tripartite character combining Central television and radio broadcasting with republican and regional media. Scholars who focus on Soviet central television with headquarters in Moscow often miss this full image of the broader Soviet mediascape and its cultural consequences. Regional media followed, contested, copied, or misunderstood programming policies and the aesthetics of Soviet Central television. Through the concept of "communicative entertainment," this project shows how Soviet regional or republican television offered a principal mechanism by which local cultures could communicate with their "collective selves."

This project looks at how new technologies, genres, and forms of popular media culture fostered new feelings of belonging and community in Soviet Ukraine, the second-largest Soviet republic. It asks questions that push against the dichotomy of Soviet modernization and national resistance: How did television shape a new public sphere in Soviet societies? How does the general European turn to a folk revival in the 1970s testify to a crisis of urbanism? How did Soviet television integrate the imagination of people from western peripheries, "acquired" by the Soviet Union as a result of the Second World War? How did traditional cultural practices enter into modern institutions like TV and radio? What were the relationship between local and central in terms of institutions, people, and content? How did local media create a sense of a genuine Soviet Ukrainian popular culture and what was its role in forging new national imagination(s)?

The research project was developed as a doctoral thesis, defended in 2020 at the European University Institute in Florence (Italy), and is currently in the process of becoming a book. This research relies on the collection of Lviv TV at the Urban Media Archive of the Center for Urban History, as well as source collections in different archival institutions and private holdings.

Cover image: Inside of the department store, 1970s-1980s. Collection: Local History Museum of Slavutych and Chornobyl NPP // Urban Media Archive of the Center for Urban History