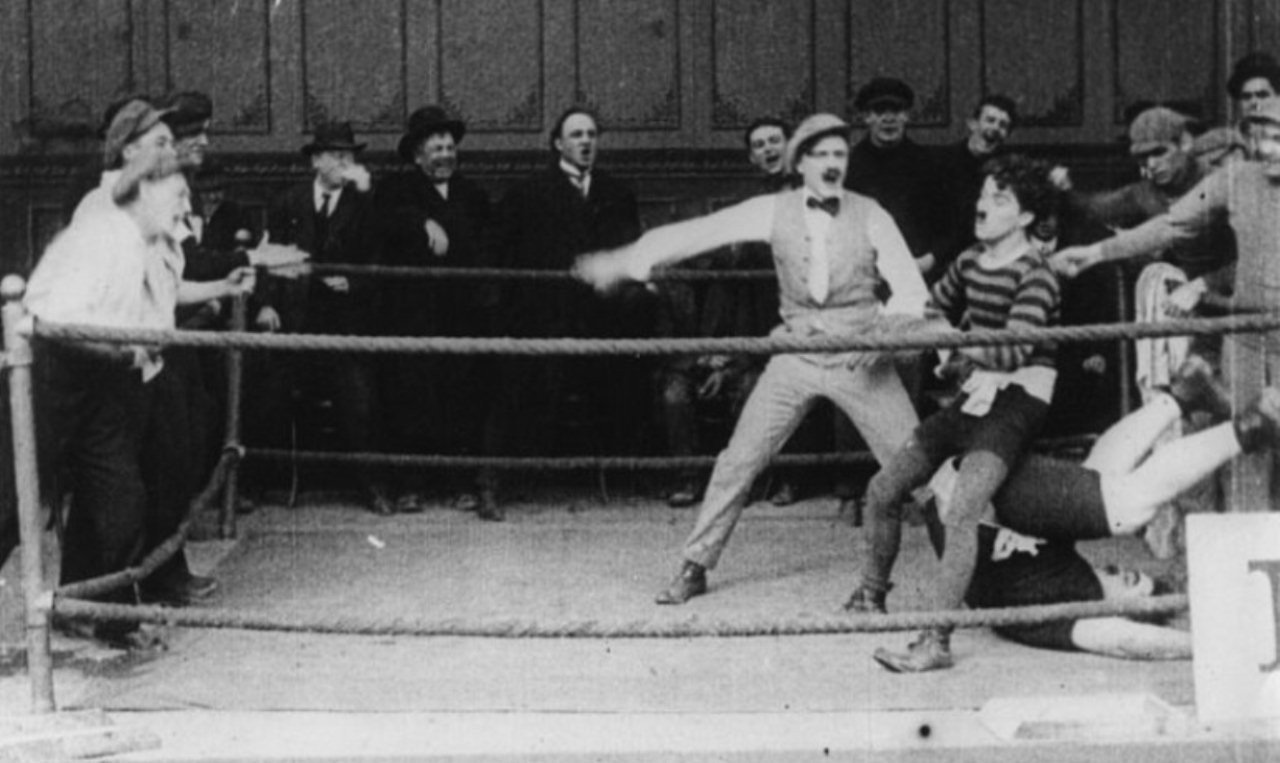 The Commercialization of Sports: The End of the True Fight?

On the program was a viewing of the film Champion (USA, 1915, directed by Charlie Chaplin) and The Set-Up (USA, 1949, directed by Robert Wise). The film seminar took place in conjunction with the exhibition Sport and the City: People. Society. Ideology.

The film Champion is a typical Chaplin comedy. Our unemployed hero, lanky but resourceful, is hired as a "punching bag" for boxers. His task is to withstand several rounds in fights with real boxers. Following the rules of the genre, Chaplin's hero somehow manages to achieve victory over his stronger opponents. Making fun of the "eternal" human weaknesses– greed and dishonesty, the film also portrays the backstage practices of corruption in the world of "big sports," in play already at the beginning of the 20th century.

The film The Set-Up, made almost a half-century after Champion, presents a similar theme, but in a completely different style. This film is not a comedy, but a so-called film-noir, a pessimistic film genre that portrays the cruelty of life in the big city. So here, the weakness of the central hero in the face of the merciless and dirty laws of sports can be seen not only as a given of the genre, but also as a reflection of certain trends in real sports that had changed its essence from the interwar years.