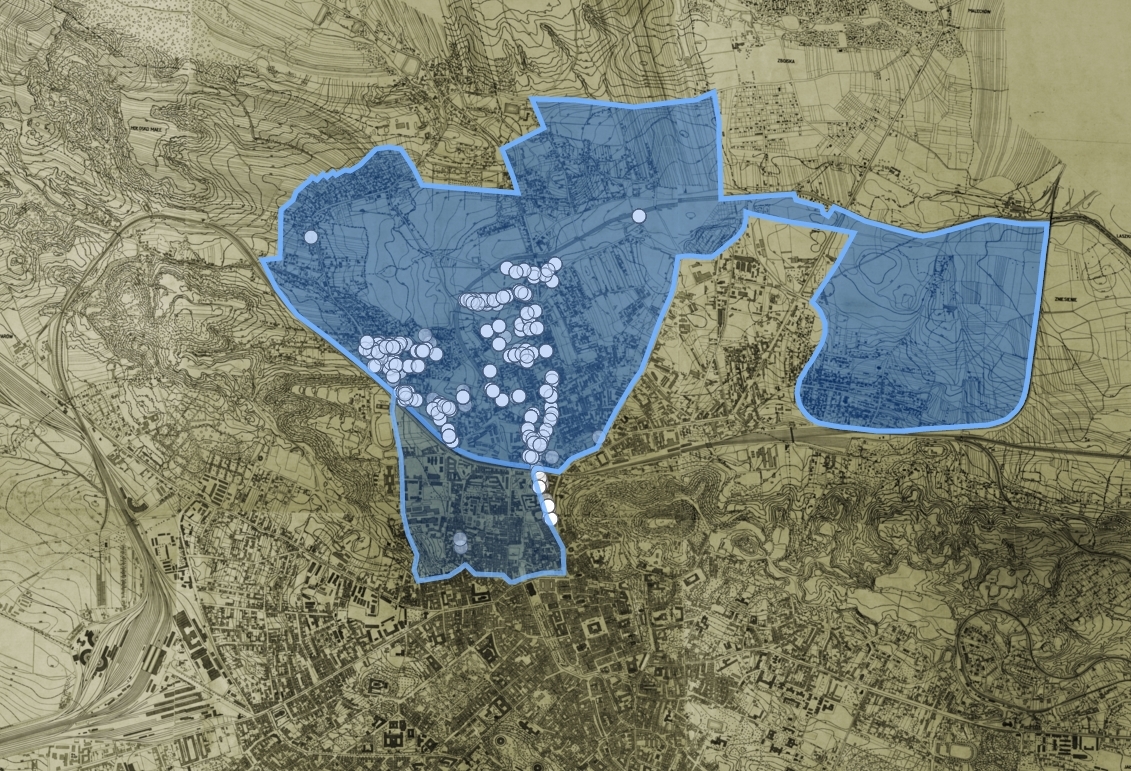 CfA: EHRI Seminar "The Lviv Ghetto: Narrating and Mapping the History of Exclusion and Violence"

We invite Holocaust scholars, educators, representatives of archives and museums, tour guides, and digital humanities professionals to take part in the EHRI-Seminar "The Lviv Ghetto: Narrating and Mapping the History of Exclusion and Violence", organized by the Center for Urban History of East Central Europe (Lviv). The goal of the interdisciplinary seminar is to explore and reflect on digital tools and methods of research and visualisation of the urban topography of the Holocaust.

Focusing on one of the largest but also least researched ghettos in Eastern Europe, the Lviv ghetto, the seminar will place it in the context of recent studies of ghettos and urban topographies of the Holocaust, for example, Budapest, Warsaw, and the Theresienstadt Ghetto. Established in autumn 1941 by the Nazi occupying administration, the Lviv ghetto covered the northern part of the city also known as Lwów, לעמבערג‎, Lemberg. It became a site of forced resettlement, residency in captivity, slave labor, and racial segregation, murder and humiliation, a place of daily survival and resilience, of attempts to resist and revenge for more than a third of the city’s population, the Jewish Lvivians. Starting in 1942, several Aktionеn resulted in mass killings, deportations to the Janowska camp and nearby death camps. While the population of the ghetto was decreasing, its boundaries were shrinking into a smaller area of Judenlager, including just a few streets with places of residence for Jewish forced laborers who worked in a number of factories and enterprises all over the city. Eventually, the remaining ghetto was liquidated in June 1943.

Using the case study of the Lviv ghetto, the EHRI-Seminar will address the following interrelated themes:

While the sources on the Lviv ghetto vary, the seminar program will offer a close reading of one of the central sources: the so-called “ghetto cards” - registration cards of over 17,000 ghetto residents created by the Nazi German administration.  Preserved at the Lviv Historical State Archives, a set of registration cards also exists as a digitized collection at the United States Holocaust Memorial Museum. These cards include the full name of a person, their date of birth, place of residence, occupation, place of work, and special remarks. The seminar will explore ways to utilize sources like these cards for Holocaust research, education and commemoration.

More generally the seminar will contribute to a broader discussion on how to map and study Holocaust sites in Eastern and Central European cities. Aspects and questions we plan to raise and discuss during the seminar will include: How might mapping ghetto topographies provide us with a better understanding of such matters as living conditions, forced labour, surviving strategies during the Holocaust? How can digital mapping projects serve as a platform for Holocaust commemoration initiatives in the public space? What digital tools and methods are the most productive and what are the risks in the context of research and visualisation of the Holocaust urban topography? Thus, the seminar aims to bring together different groups of professionals dealing with the history and memory of ghettos during World War II and to create a comprehensive discussion on the challenges of researching, teaching, and representing the subject.

Additionally, results of these discussions and input from the seminar will also be utilized for the creation of an online exhibition by the Center for Urban History about the history of the Lviv Ghetto, using digital mapping, as well storytelling tools and methods. The seminar's participants will be invited to share their comments and feedback on the exhibition at all stages from its conception to its dissemination, including an online publication with recommendations on how to present the history of ghettos to different audiences.

The seminar will take place 18-22 July 2022 via Zoom. In addition, preparatory and follow-up meetings to the seminar are offered as follows:

at the initial stage of the seminar, the participants will explore the history of the Lviv ghetto in relation to other ghettos with the help of distributed reading materials and lectures, which will be available via Zoom and YouTube.

the content of the one-week seminar (scheduled 3-4 hours per day) is divided into three modules:

participants will be invited to share their ideas and thoughts about the seminar, online exhibition and methodological publication with recommendations on how to present the history of ghettos, specifically that of the Lviv ghetto.

The seminar will be conducted in English.

Please submit the application form, your motivation letter (max. 300 words) and a CV as one PDF file to [email protected] by 1 March 2022.

We encourage submissions from advanced graduate students, early career as well as established scholars, educators, archivists, museum professionals, and city guides working with the topics of the Holocaust, cities in World War II and memory.

Notification of acceptance: by 15 March 2022

Academic Curator of the Seminar:

This seminar takes place within the framework of European Holocaust Research Infrastructure (EHRI) supported by the European Commission. It is organized by the Center for Urban History of East Central Europe (Lviv) as a part of its Digital History program and Lviv Interactive project.