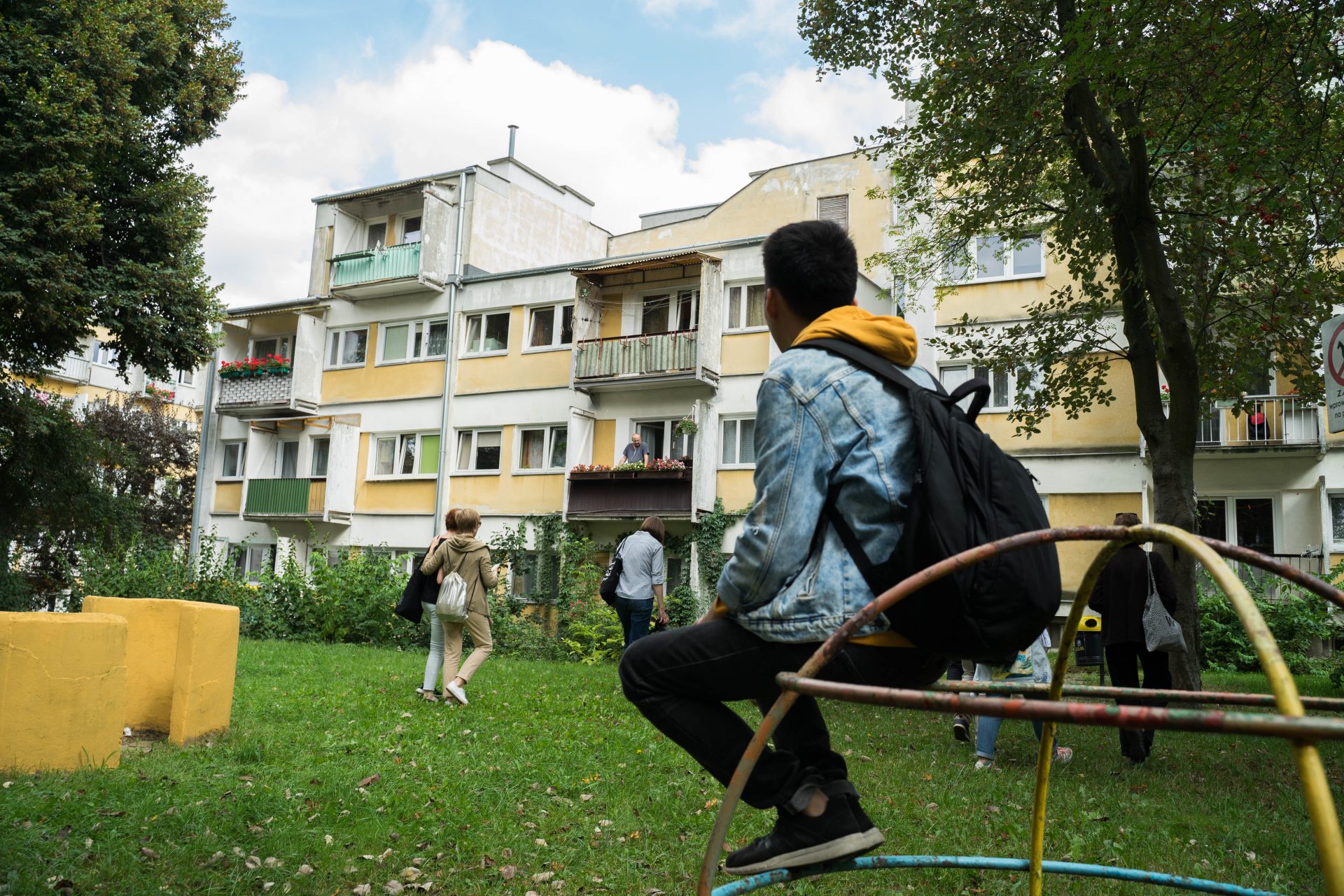 Museum of Modern Art in Warsaw

The official closing ceremony of the international urban summer school "Open Form" will take place. The participants are going to present the outcome of their research in three theme-based studios.

Studio "micro" (tutors – Natalia Otrishchenko and Tomasz Fudala) works on the level of an individual apartment and focuses on its residents: how they transform the space, and how they adapt it to their needs; what resources they engage and what vision of the future they create. Studio "meso" (tutors – Natalia Mysak and Michał Fronk) focused on the level of a residential neighbourhood and how the "open form" idea is implemented within it (including also through appealing to flexibility, incompleteness and accessibility of space). Finally, studio "macro" (tutors – Daria Bocharnikova and Paulina Paga) generates proposals on transformations of the entire estate of LSM (Lubelska Spółdzielnia Mieszkaniowa).

The presentation starts at 2.30 pm and concludes with the discussion at 6.15 pm on contemporary attitudes and the debate around intellectual and material heritage of the second half of the 20th century. The discussion will engage representatives of different but related areas of research, architectural practices and culture: Michał Wiśniewski (Foundation Institute of Architecture, Krakow), Maciej Siuda (architect), and Aleksandra Chrzanowska (National Center for Culture, Warsaw). Moderators: Sofia Dyak (Center for Urban History, Lviv) and Isabella Pastushko (National Institute of Architecture and Urbanism).

Lublin summer school as a continuation of a series of urban summer schools evolved around re-interpretation of the "open form" idea, a concept promoted by the couple of Sofia and Oscar Hansens that they put in the center of their architectural, art, and didactic work. According to this theory, architectural essence is the basis for social relations but not the goal of designer or the goal in itself. The buildings constructed by the Hansens outrun their time, particularly in introducing participatory project designs, accessible housing and public spaces. "Open form" is represented in three different sites the summer school participants are going to visit: a Słowacki residential estate in Lublin (osiedle Słowackiego), Grochowski ground (Przyczółek Grochowski) in Warsaw, and a private house of the couple in Sumin. The three locations will transform into a laboratory of practical experience and reflection for two weeks.

Partners: Museum of Modern Art in Warsaw, City of Lublin

This school continues the line of Urban Summer Schools organized by the Center. Information about previous ones: Novy Lviv (2015), Slavutych (2016), Sykhiv (2017).