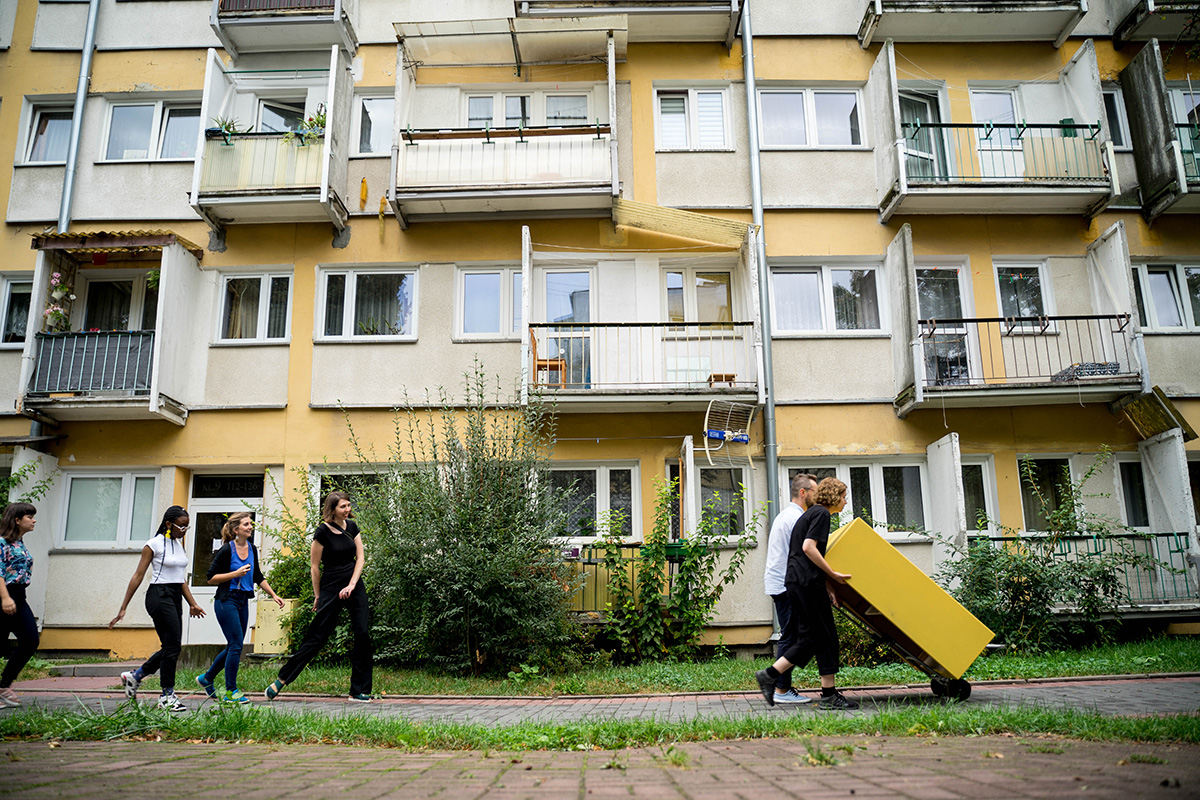 This year, a series of urban schools "Visions and Experiences" travels to Poland. We start the fourth summer program developed around the "open form" idea by Oscar and Sofia Hansen. The initiative was made possible due to the Center’s cooperation with the National Institute of Architecture and Urban Planning, acting as an organizer.

The education program of summer schools is traditionally accompanied by a series of open events, such as lectures, discussions, film screenings, that are happily inviting anyone interested to attend. This year, they all take place at the ACC UMCS Chatka Żaka (Lublin, 16 Radziszewskogo Street). The program will be launched on September 26, with a screening of the film "Bloki" (Poland, 2017) by Konrad Królikowski. On the next day, in her speech, Izabela Pastuszko (National Institute of Architecture and Urban Studies, Poland) will focus on attempts to impersonate architectural utopia as illustrated by Lublin housing cooperative. Open form ideas in different contexts will be a topic of presentations by Tomasz Fudala (Museum of Modern Art in Warsaw, Poland), Zbigniew Libera (independent artist, performer, photographer, Poland), and Alicja Gzowska (National Institute of Architecture and Urban Studies, Poland). The general background on mass housing construction will be presented by Natalia Mysak (Center for Urban History, Ukraine), and Daria Bocharnikova (BOZAR Center for Fine Arts, Belgium).

All events are free to attend.