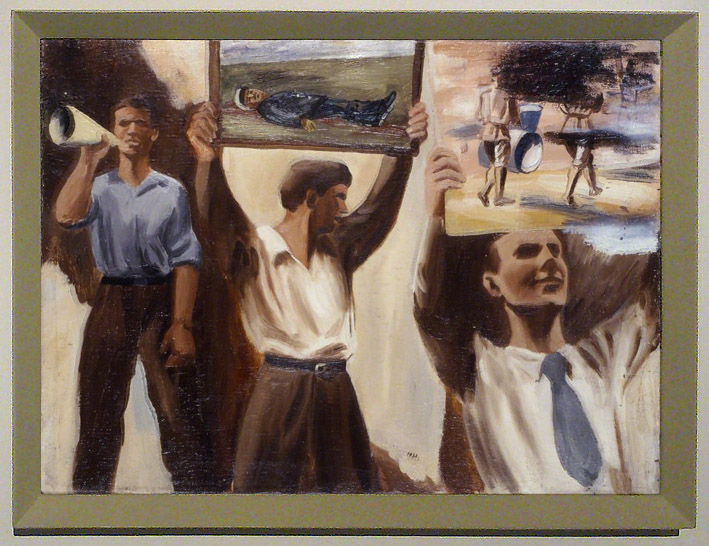 (After)Anniversaries of Avant-Garde: on Realized Projects, New Contexts, and Cooperation

The rhythm of anniversaries shapes and formats our perceptions on the frameworks and canons of history and culture. They could be formalized by rituals that fade away and are the subjects for irony. But they can also help create causes to mainstream the events and personalities of the past, to activate the attitudes, to update contexts, to change the frames for perceiving and understanding the present day. Even though, the event calendar in Lviv and Ukraine is overflowing, there are many events that should have taken place but were either ignored or underpublicized in professional communities and in media. Some of them – unnoticed or non-existent – are the topics of the program "Culture (without) Spaces: On Avant-Garde Heritages in Lviv." In this discussion, we had a chance to learn about ambitious initiatives implemented beyond Lviv and Ukraine, even though thematically are related to them and show numerous transnational links and multidimensional local contexts of culture of the first half of the 20th century, even though disrupted and thus little represented.

One of such topics is the Avant-Garde that is still little and fragmentary known in Lviv. It can illustrate what a challenge it could be for Ukraine to realize and include heritage of Modernisms that used to be part of creating new projects and visions, from Soviet Ukraine with Derzhprom in Kharkiv, to the House of Romania in Chernivtsi, from Czechoslovakian state and Masaryk school in Uzhgorod and modernist Poland with the Office of Electrical Institutions in Lviv. Those are only the visible traces that often lack physical maintenance and understanding of their functions, meanings, and contexts. In terms of pieces of art and texts, the process of learning about them, reflecting over them, and including them is still on the initial and slow stage. The process requires and encourages shaping a different understanding of what canons of national culture are, on how they shall be changed in order to be able to fully represent the rich, abundant, intense and diverse cultural processes of those times.

Some examples of such reconsideration is the Year of Avant-Garde in 2017 in Poland. The ambitious idea resulted in museum success and generated a network of projects and cooperation that included both large museums and galleries. The implemented projects offered new approaches and contexts, they highlighted unfamiliar subjects or encouraged to take a critical stance on the topics known before. Lviv/Lwów/Lemberg was notable represented in several large exhibitions: "Lviv. June, 24, 1937. City, Architecture, Modernism" ("Lwów, 24 czerwca 1937. Miasto, architektura, modernizm") in Cracow International Center of Culture focused on architecture of the city, whereas "Montages. Debora Vogel and New Legend of the City" ("Montaże. Debora Vogel i nowa legenda miasta") in the Museum of Arts in Łódź suggested a new perspective on cultural processes and on urban life in Lviv. The concluding exhibition in the National Museum in Warsaw "Urban Revolt. Avant-Garde Art from the Collection of the National Museum in Warsaw" ("Miejska rewolta. Awangarda w zbiorach Muzeum Narodowego w Warszawie") presented the rarely exhibited drawings and graphic art, some of them also coming from Lviv.

This discussion was a part of program "Culture (without) Spaces: On Avant-Garde Heritages in Lviv."  The program was organized in cooperation with Adam Mickiewicz Institute and supported by Lviv City Council and Lviv National Museum.

Сover Image: Henryk Streng (Marek Wlodarski), Demonstration of the paintings, 1933, Lviv / Collection of the Museum of Arts in Łódż