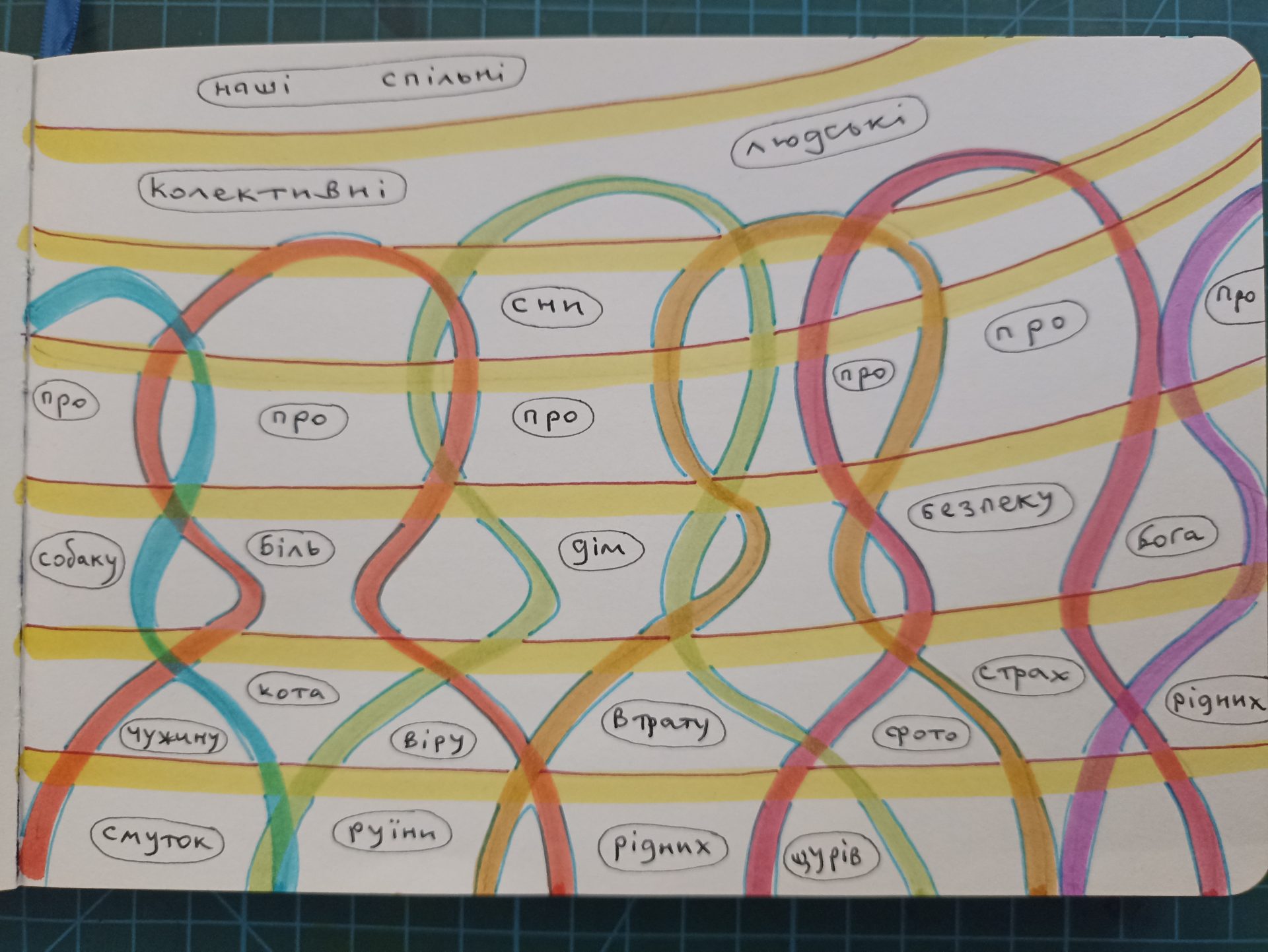 Diaries and Dreams of the War

Since the beginning of the war that the neighboring states unleashed against Ukraine in February 2022, students of the Ukrainian Catholic University (Lviv) have started keeping war diaries. Subsequently, students and participants from other universities, institutions, or cities joined. The project is implemented by the Center for Urban History in cooperation with the Department of Cultural Studies of the UCU. Even before the resumption of the educational process in Ukraine, students were invited to record what they saw, heard, and experienced. Initially, 50 participants applied, and later the number of "chroniclers" exceeded 70. The group was accompanied by a culturologist, a professional psychologist, and a philosophy teacher (and a specialist in secular meditation at the same time). This project was on the verge of psychology, anthropology, history, philosophy, and art, and has academic and human value.

The material consists of diverse narrative and non-narrative productions such as digitally and non-digitally recorded war journals, photographs, drawings, short videos, and voice and musical recordings.

This project records, disseminates and analyzes Ukrainian experiences of the 2022 war.  We envisage that individual feelings, as well as collective experiencing, will become an archive – source for the researchers and historians of the future.

During the initial phase of this project, we managed to collect 33 written diaries of students (the group consisted of more than 60 participants, but nearly half could not write diaries), many drawings, audio files, recollections or testimonies, and dreams. More than 20 dreams recorded in various forms are already in the archive, and the project aims to collect more.

The project involved 8 translators: two people affiliated with the Center (Svitlana Bregman and Andrii Masliukh), and 6 from outside (3 are IDPs and 3 persons from abroad).

Funded by:  “Documenting Ukraine” project (initiated by the Institute for Human Sciences, IWM, Vienna; and the Ukrainian Research Institute at Harvard University, HURI)

The project is facilitated and archived by the Center for Urban History.

Cover image: drawing from visual diary of the war by Ihor Kolesnyk