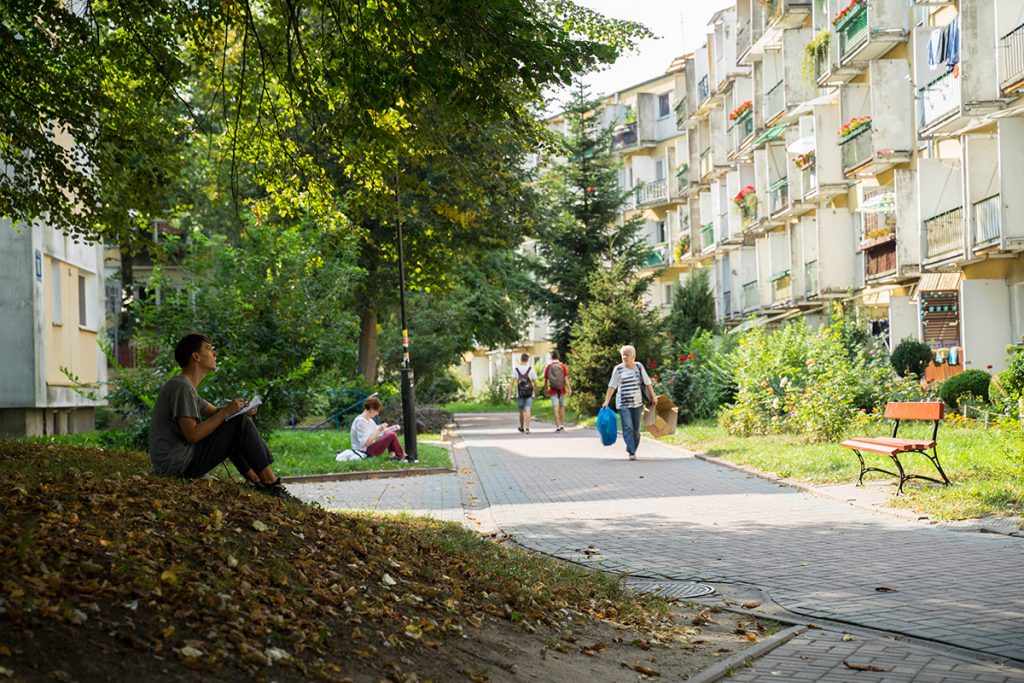 During the two weeks between August and September, 2018, researchers from all over the world were brought together to analyze assumptions and functioning of spaces implemented according to the open form theory by Oscar and Sofia Hansen. The "Urban Summer School: Open Form" was a forum for discussions and research for 18 participants from fifteen different countries and four continents.

The essays collected in the book were produced in response to the interaction with an architectural environment founded on the humanistic principles that have been used by the third generation of citizens by now. Texts and visual essays analyze the multiple relations between the people experiencing the everyday routines of the Slovatsky residential neighbourhood in Lublin, the interiors of their apartments, and the spaces around – in the neighbourhood, and in the urban space in general.

The book's structure reflects the dimensions the Hansens used, such as a microlevel, a mesolevel, and a macrolevel. They have been transferred into the context of an apartment, a residential neighbourhood, and a condominium, respectively. Chapter One is telling a story of balconies as the "screens of urban life" revealing the open form. Chapter Two offers a catalogue of scenarios of stay within the residential neighbourhood space, its transformations, and adaptations. Chapter Three includes essays about the open space heritage, its connection with the ideas of a smart sustainable city, its usage in teaching to resolve spatial conflicts. The book also includes a description of a program for children running during the summer school.

The publication was made possible due to support from the National Institute of Architecture and Urban Studies (Warsaw), in cooperation with the Center for Urban History of East
Central Europe.