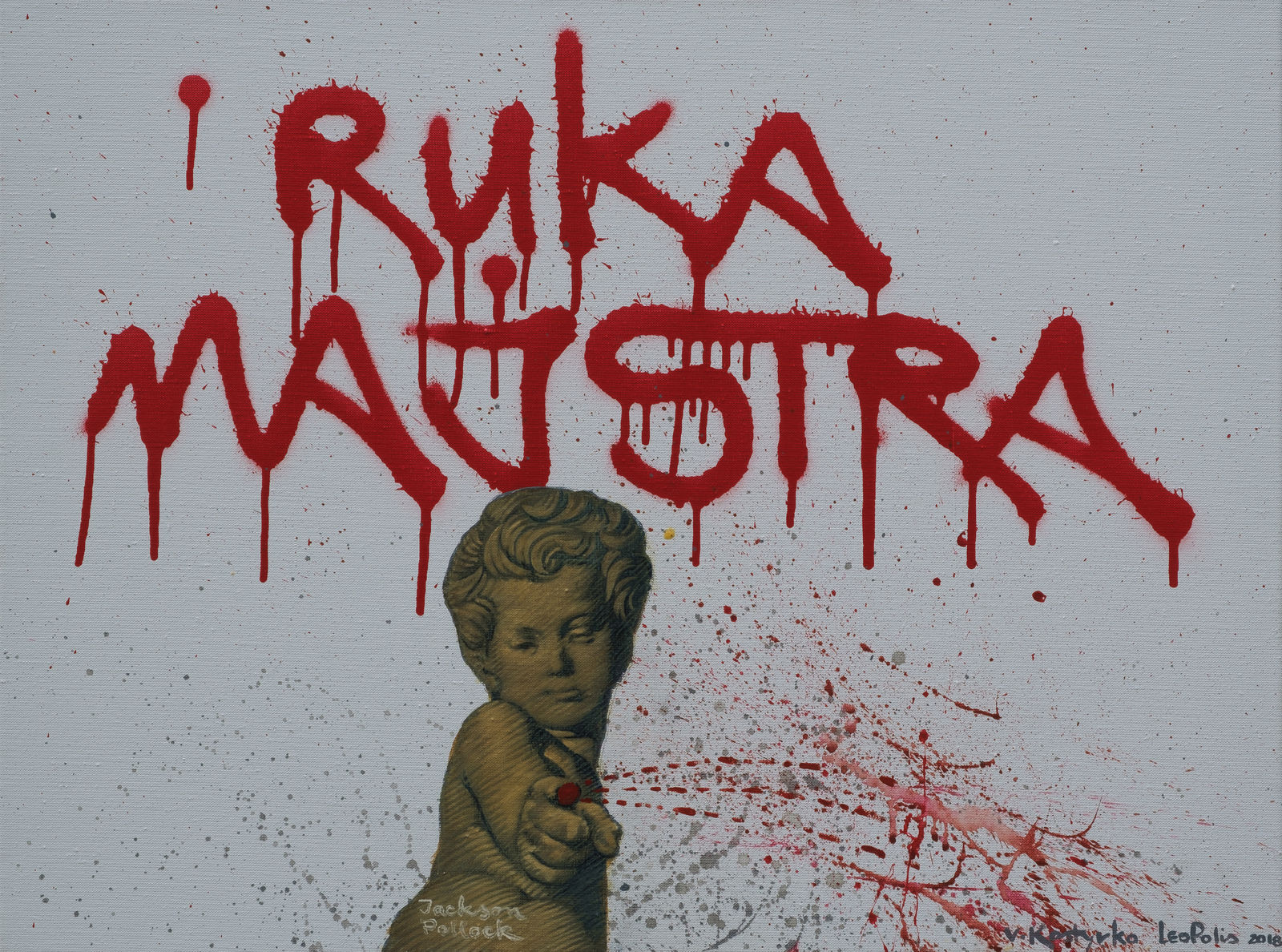 We are joining the #львівзустрічає charitable cultural initiative and invite you to the "Lviv Art for (non) Lvivians meeting. Vlodko Kostyrko."

At the meeting we will jointly watch a video story about the Lviv artist Vlodko Kostyrko. How does the artist explain his choice to stay in Lviv and what routes he builds in the city? How does the city and its history influence artistic practices? How does the style of painting of the Middle Ages, Renaissance or Baroque contribute to the artist's reflections on the past and the present? How does the town encourage Kostyrko for street art practices? It will also be about the interaction of artistic and design activities, about the "Lviv style" which was started by Kostyrko and which is often repeated by other designs and went beyond the boundaries of Lviv. During the meeting, we will reflect on these aspects, too.

#львівзустрічає — a charitable cultural initiative of the Association of Gallerists with the participation of the Lviv City Council. Today, Lviv has a mission. The city became a shelter for many Ukrainians in the conditions of war. Lviv's heritage, its art and architecture, its culture and people can provide the switch.

The video story was created within the of the City and Art on the Edge project of the Center for Urban History. During this project, the Center's team learned what the young artists of Lviv in the late 1980's read and watched, and where they went for experience and support. As a result, in implementing the method of constructing "man – city – stories", we wanted to identify and theorize the practices of artistic conceptualism that existed in Lviv in the late 1980s and early 1990s.