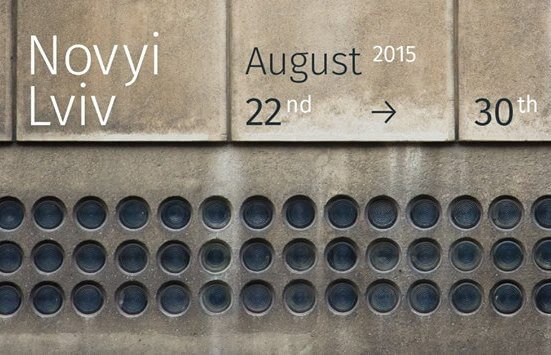 New Lviv at the New Lviv

The educational project "Days of Modernism at City Hall: Architecture, Urban Visions, Heritage" organized by the Center for Urban History winds up on Saturday, August, 29, 2015. Participants of an International Architectural School "Novyi Lviv" that runs parallel to the "Days of Modernism" present a project for restoration and sustainable development of the district "New Lviv at the New Lviv".

Our city now hosts an International Architectural school "New Lviv" with lecturers from Amsterdam, Moscow, Lviv, Kyiv and Rotterdam. Applications for the summer school were submitted by young researchers from Ukraine, Poland, Russia, Germany and Slovak Republic. The subject for research of the school participants is a historically shaped district Novyi Lviv (New Lviv) with an organized modernist construction beginning in the 1920s and 1930s and continuing with the residential buildings of the second half of the 20th c. Divided into four Labs ("Space", "Sociology", "Heritage", and "Interventions"), school participants worked on the history of development of the New Lviv district. They analyzed its spatial and social structure, as well as searched for opportunities for projects simple and fast to implement with tangible and visible short-term results.

The school shall result in producing a project of renovation and sustainable development of the New Lviv district which will be presented by the school participants to the broad public within the educational project "Days of Modernism at City Hall".