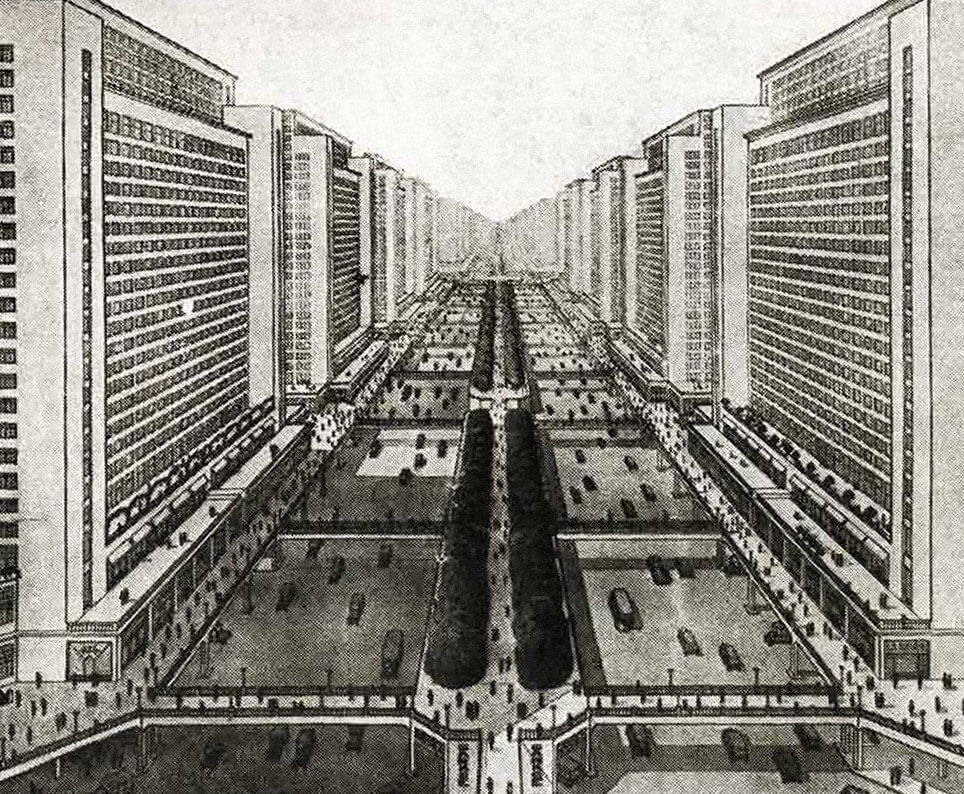 City, or There and Back

Educational project "Days of Modernism at City Hall: Architecture, Urban Visions, Heritage" organized by the Center for Urban History starts with a lecture by Dmitriy Kokorin and Yaroslav Kovalchuk.

A Modernist city is dead. Even though architectural ideas and findings of Modernism keep inspiring modern architects, Modernist techniques are hardly ever used in urban planning. In order to understand the reasons of this, one should look at the entire history of development of European city construction. Reconsideration of arrangement principles for urban spaces in the 17th-19th c.c. generated the so-called "Baroque planning". A key idea is to view streets and squares as one single system of public spaces.

Modernist urban planning developed in response to challenges of urbanization. Opportunities for mass implementation of new ideas were found after the Second World War. However, soon it appeared that a Modernist city is far from being an ideal place to live.