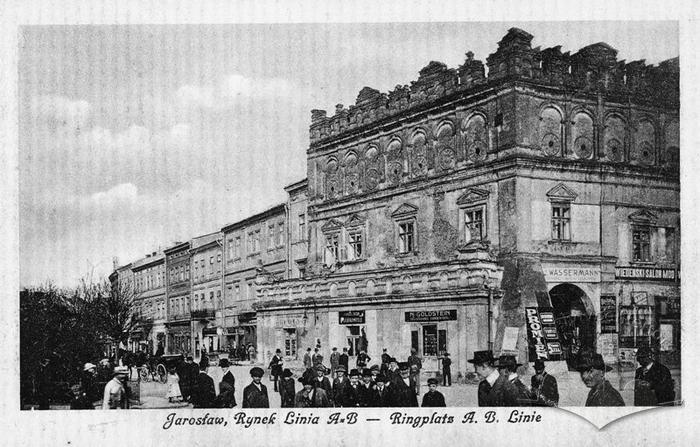 Jewish History and the Multiethnic Past of East Central Europe: Societies, Cultures, and Heritage

The 2013 Summer School represented both a new beginning for the Center for Urban History and a continuation of our ongoing project aimed at increasing awareness and understanding of Jewish history and culture and its place in the multicultural history of Ukraine.

As in the summer schools conducted in 2010/2011/2012, these sessions took as their focus the Jewish history and culture of East-Central Europe, employing a more integrated approach which draws from varying national, social, and individual points of view. By addressing the topic in this way, the intent was to foster a historical perspective of multi-ethnic and multicultural components of societal interplay and correlation and to encourage historians in the implementation of interdisciplinary approaches and greater multidimensionality in the examination of new avenues in Ukrainian historical research.

This plurality of identity and identification – be they national, religious, social, or politically determined, affected by the passage of time and shifts in the locale, and their impact on families, neighbourhoods, regions, public institutions, and entire cities – were examined in the seminars and lecture series. A portion of the program was dedicated to the far-reaching and often forcible changes which have left their mark on twentieth-century East-Central Europe, and endowing the region with competing legacies which demand further research, study, analysis, and interpretation, in both public discourse and commemoration.

The Summer School offered a course of study in Introductory Yiddish, a prerequisite for those researching, or organizing the research of the multi-ethnic and multicultural history of the region.

The Summer School Program included guest lecturers and two workshops. During the "How to Teach about Multi-Ethnic Ukraine" we discussed the curriculum and program in universities and challenges faced by instructors and researchers of Ukraine’s multicultural past. The workshop "Culture at the Crossroads of Cultures" considered varying expressions of contemporary culture and art which address the country’s complex multicultural history.

Columbia University
The City and Jewish History in Eastern Europe in the Twentieth Century: Modernity, Migration, and Catastrophe

Center for Urban History
Ours, Theirs, Common? Discussions on Heritage in East Central Europe after 1945

University of Wrocław
Jewish Culture in the Context of Gender: Tradition and Modernity

University of Toronto
Modernism and Pogroms: Culture and the Arts in the East Central European Borderlands, 19th-21st centuries