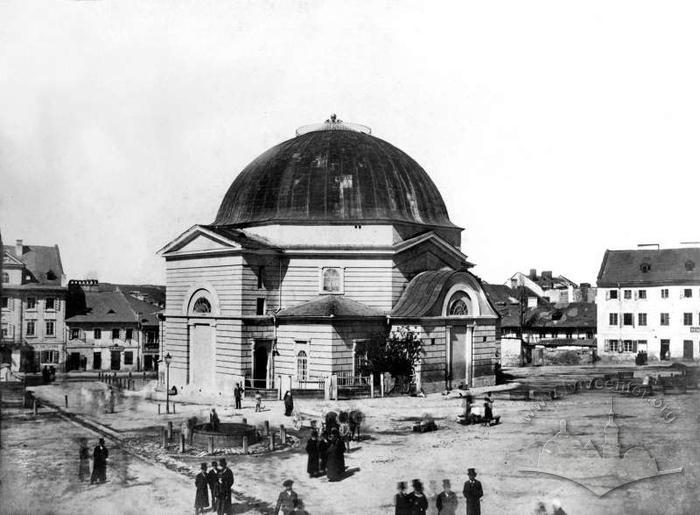 The summer school strived to encourage interest in Ukraine's multi-cultural past, research in Jewish studies, and the formation of a group of young Ukrainian scholars united by common research interests. The school offered an excellent opportunity for deepening knowledge about Jewish history and culture of East Central Europe in the 19th and 20th centuries, learning about the latest research, meeting and consulting with specialists from the leading circles of Jewish studies in Ukraine, Israel, and Poland.

Over four weeks the participants took three courses in the history of East Central European Jews in the 19th and 20th centuries, courses in traditional and modern Jewish culture, and a separate course on the history of the Holocaust in Ukraine. A 40-hour introductory language course in Yiddish gave participants a solid basis on which they can continue study of the language (in Yiddish programs offered throughout the world), as well as begin their own research in Jewish studies, which requires working with Yiddish-language archival sources.

Participants visited places connected with the history of the Jewish community and its heritage in Lviv, Brody, Zhovkva and other towns of western Ukraine. Also they visited Judaica collection at the Lviv Museum of the History of Religion, existing synagogues in Lviv, and film presentations.

Center for Jewish Art, Hebrew University of Jerusalem
From Tradition to Modernity: The Jews of the Russian Empire in the 'Long' 19th Century ukrainian version

Nevzlin Research Center for Russian and East European Jewry, Hebrew University of Jerusalem
The Jews of East Central Europe: Modernization and Nationalism in the 19th and 20th Centuries ukrainian version