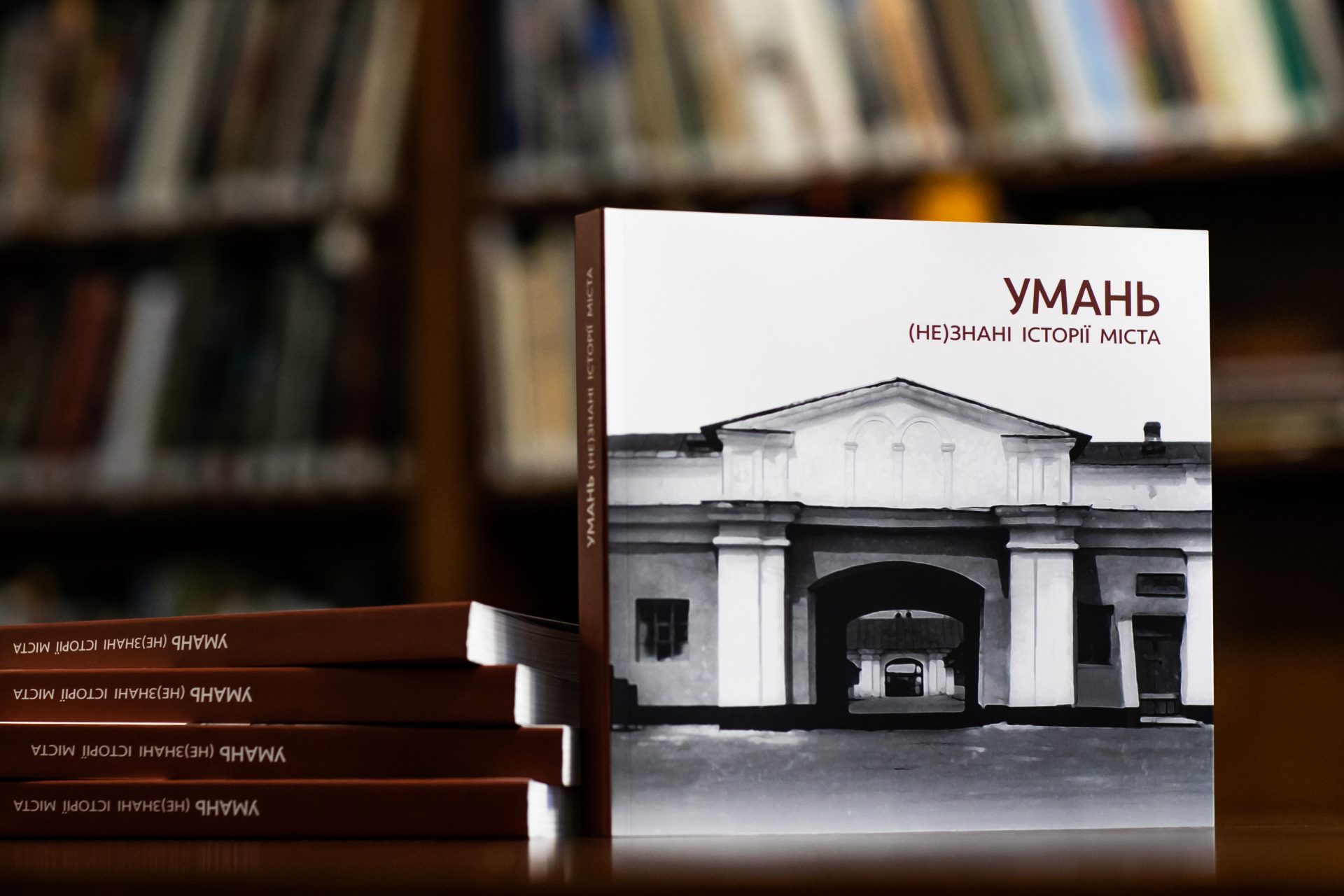 As a city important for Ukrainian, Jewish, and Polish history, Uman is one of the best examples of the great potential of cultural heritage for urban development. At the same time, it is a great challenge in dealing with the past. At first glance, Uman is not much different from many other cities and towns of Ukraine that also have a long history of coexistence of different communities, traces of which are reported in the modern urban landscape. But Uman stands out against their background with three dominant histories of the city, which make it special and vulnerable at the same time.

A publication "Uman. (Un) Known Histories of the City" is an attempt to discover the histories of the city that are important for its understanding. The stories show what the city on the border was like; how different communities coexisted and created Uman; how the border influenced the development of religious tolerance with tension and intolerance at the same time; how the city changed, passing hands and being part of different states; what the cultural practices were; how Uman joined the processes of modernization at the turn of the XIX-XX centuries; and whether it took advantage of the opportunities provided by the era of modernity to cities; what the population of the city was; what place in the lives of famous people Uman occupied; and how the two world wars changed the city and its citizens. We also tried to take a different perspective and write the stories of the previously known places, such as Sofiyivka Park or Uman Fortress. We tried to tell the story of Jewish communities that lived in the city before the emergence of Hasidism, to learn more about the present-day life of pilgrims in the city, to show different memory sites and competing historical narratives within modern urban space.

The publication consists of ten chapters on topics that deepen or otherwise reveal the already known histories of the city or unveil the unknown and unspoken past of Uman. The collection does not claim to be exhaustive and considers only selected topics that are important for comprehending and understanding the city. The collection does not include topics that are widely represented in scientific and public discourses, such as about Uman of the Cossack era. It does not include any topics that have not yet been studied, such as the Soviet period. The Soviet heritage of the city is still awaiting its researchers and a wide public debate.

The book's genre sways between a guide and historical essays. On the one hand, it links topics and texts to locations and allows readers or travelers to build their own routes and city histories. On the other hand, it goes beyond describing locations or events associated with them, as it places them in the cultural and social contexts of certain historical periods and states, and into a wider context of the Eastern European region. In this way, we tried to offer the language for narrating the city's story that focuses not on dry dates, facts, or descriptions of objects, but on urban processes and human experiences.

Materials for the publication "Uman. (Un) known histories of the city" were developed and prepared within the project ReHERIT: joint responsibility for the common heritage.