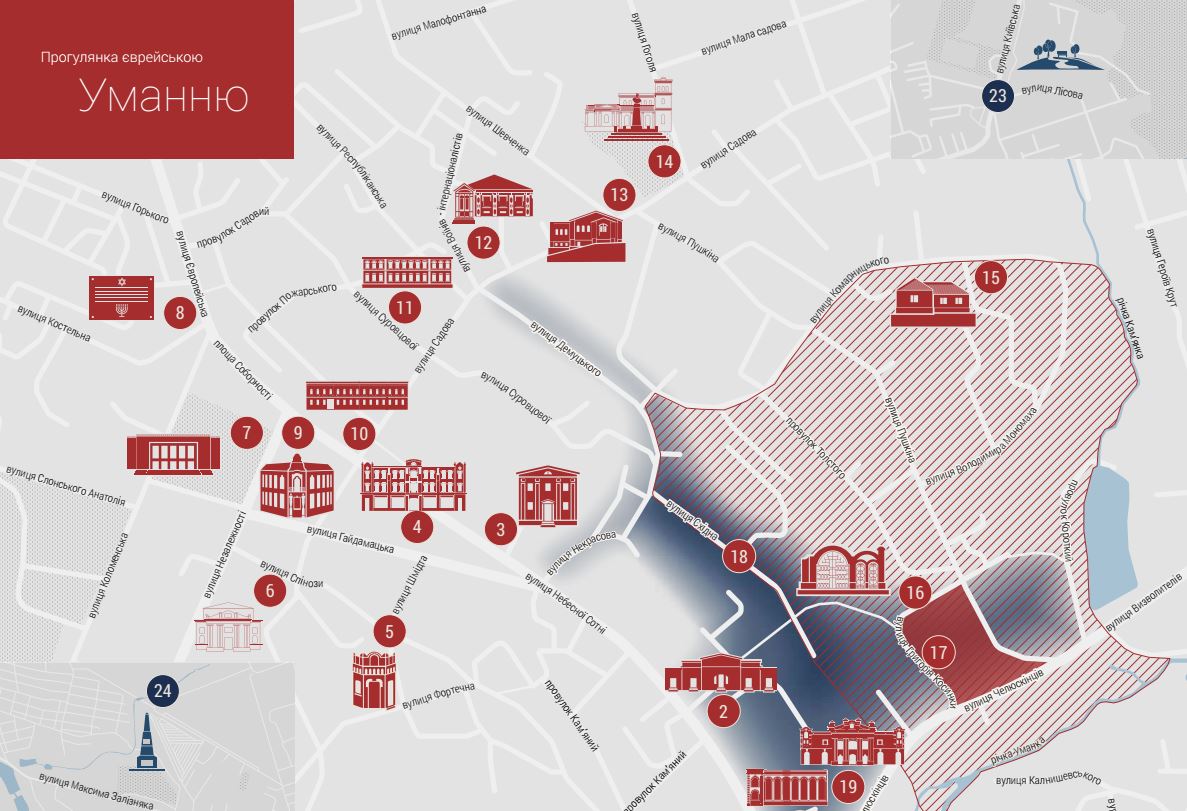 Uman is the city known all over as a significant Hasidism site, and now also as the largest Hasidic pilgrimage site in Europe. But what do we know about the past of Jewish community of the city, apart from this story? How have the Jews come to the city and why have they been so important for the growth and flourishing of the Pototsky private town? What were their traditions and everyday routines when the Hasidic community was still small and not influential part of community? How have the Jewish community, along with other communities, created a multicultural urban fabric that is still present in the contours of buildings, streets, and in stories and memories of the town. How and why has the life of Uman Jews tragically disrupted during the Second World War? Which sites of the rich Jewish heritage have stayed in the city and what can they reveal to us?

Those are the questions, among others, that the tour guides and historians have addressed to design the materials for a city tour along the Jewish part of Uman. The objectives of this work were to suggest inclusive approaches to represent Jewish community in Uman, to include it into a broader political, cultural, and social urban processes, as well as into contexts of the 17th-21st history of East European Jews.

The materials include a detailed agenda of the tour, a tour map, and a selection of sources, academic essays and parts of monographs referring to the topic. The tour itinerary includes 26 stations, six of which are remote from the town center, and 20 sites are within a walking distance.

You can learn more about the methodology and structure of materials in a foreword to the tour synopsis. The materials are available in a format of an e-publication and an online map. Printed tour maps for Jewish Uman are available at the Tourism Office at Uman City Council.

Target audience for the materials are the tour guides representing a historical and modern image of the city for tourists, and act as agents of everyday cultural diplomacy in communication with various audiences.

These materials are part of the project "ReHERIT: Share Responsibility for Common Heritage."