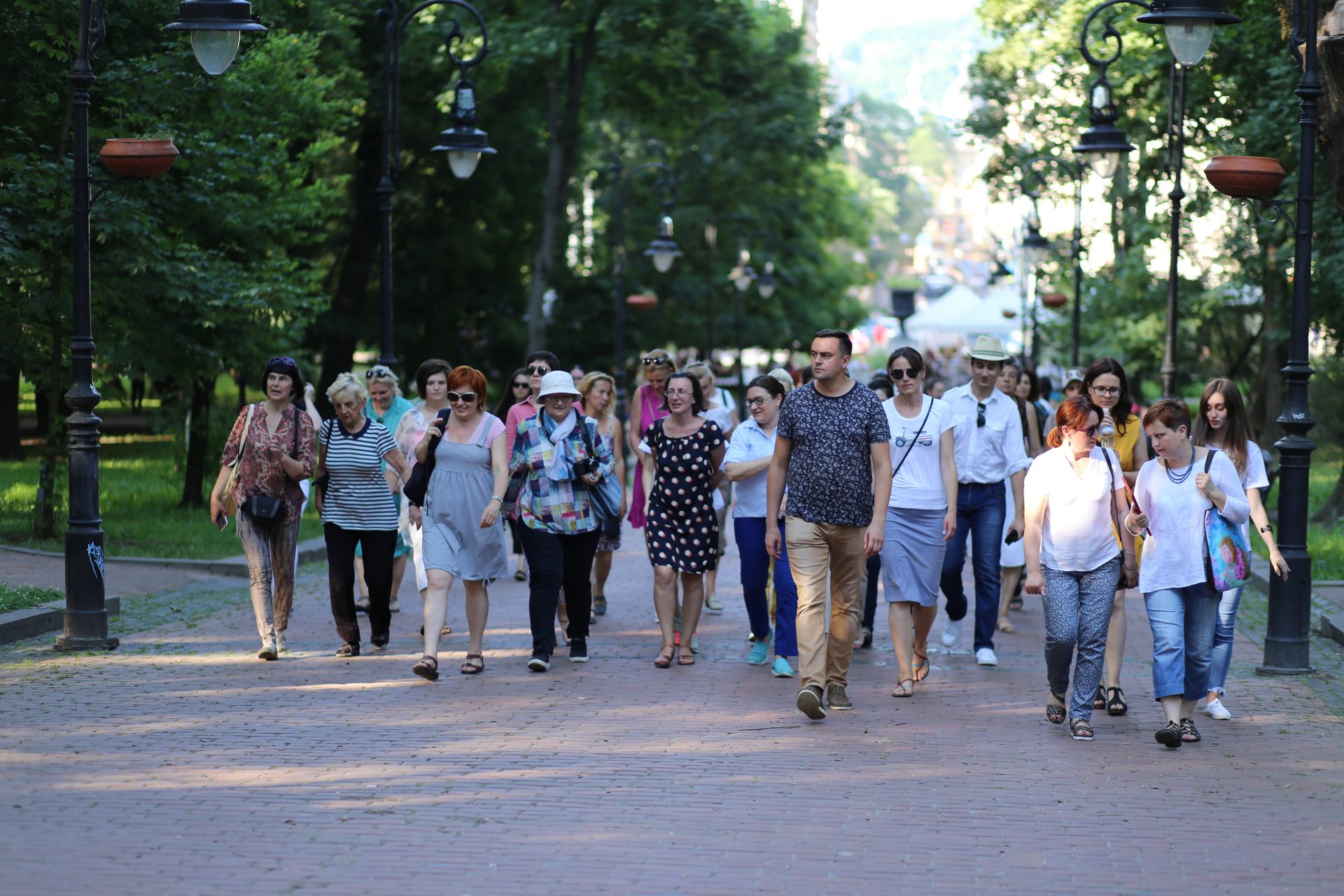 ReHERIT is a project for the revision, mainstreaming, and capacity building for the cultural heritage of Uman, Lviv and other Ukrainian towns and cities.
The project was launched in July 2018 and is planned to continue to 2021.

The aim of the project:
To work with the cultural heritage for the economy, tourism, culture and education development in Uman, Lviv and a range of other Ukrainian cities.
To establish communication between the authorities, civil society organizations and initiatives.

The core activity in Lviv is the implementation of the second part of The Space of Synagogues project. The site of the destroyed Great City Synagogue is imperceptible in the city’s public space. However, the conservation of its foundation with appropriate markings will add more visibility to the site and will bring in new participants to the dialog.

The team will be developing the Tourism and Pilgrimage Ecosystem Development Strategy for Uman, will hold sociological surveys, will prepare study materials for teachers and tourist guides, analytical studies and guidelines on working with the cultural heritage. Simultaneously, they will be working with teachers, guides, local authorities, civil society organizations and initiatives in order to form a community of people who work with the city’s cultural heritage.

In addition to Lviv and Uman, the project team will invite a range of other cities from Central and Western Ukraine into working on the cultural heritage. Primarily to improve the capacity of managing the cultural heritage on the local level, they will hold several training workshops and will announce a call for mini-grants

ReHERIT is jointly implemented by the Lviv City Council's Heritage Preservation Office, the Center for Urban History, the Urban Space Lab, and the Uman City Council’s Department of Culture.

The project is funded by the European Union.