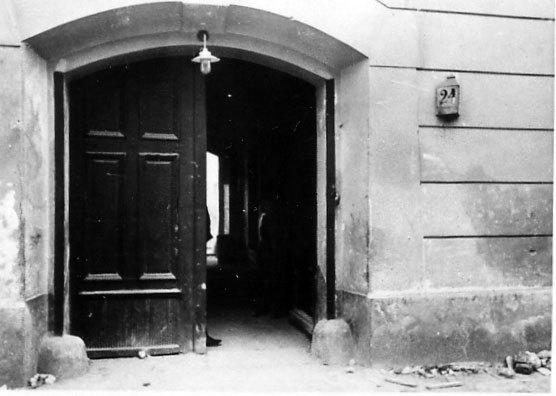 Who Whom? Problems in Identifying Perpetrators and Victims in Ukraine on the Eve of and During the Second World War

The surprise attack of Nazi Germany on the Soviet Union on 22 June 1941 initiated a storm of violence. The Soviet authorities failed to arrange the evacuation of prisoners and simply murdered them instead, in the thousands. When the Germans arrived in Lviv and many other West Ukrainian localities in the summer of 1941, they opened the prisons and other make-shift mass graves. The air stank of bodies decomposing in the heat of the summer. The apocalyptic atmosphere proved fertile ground for anti-Jewish violence. In addition to pogroms inspired by Germans, mass shootings of Jews and Communists also took place, perpetrated mostly by the German SS.

Things happened so fast that it was sometimes very difficult to figure out who killed whom. The confusion started back in the summer 1941 and has lasted until this day. For example, in July 1941, in a village near Drohobych, there was a solemn funeral ceremony to bury 15 Jews murdered by the German Security Police (Sicherheitspolizei) as Ukrainian heroes butchered by the NKVD. In 2011–2012 mass burials were discovered within the premises of the prison in Volodymyr-Volynskyi. The question of whose remains had been found is still open. Were those victims shot by the NKVD in 1940–1941, or Jews killed by Germans in 1942–1943? In addition to actual mistakes, the situation was aggravated by Soviet propaganda attributing their own crimes to the Germans. Soviet propaganda has also influenced and left its mark on the historiography even outside the Communist world.

The open lecture is part of the public program for the exhibition "(un)named".