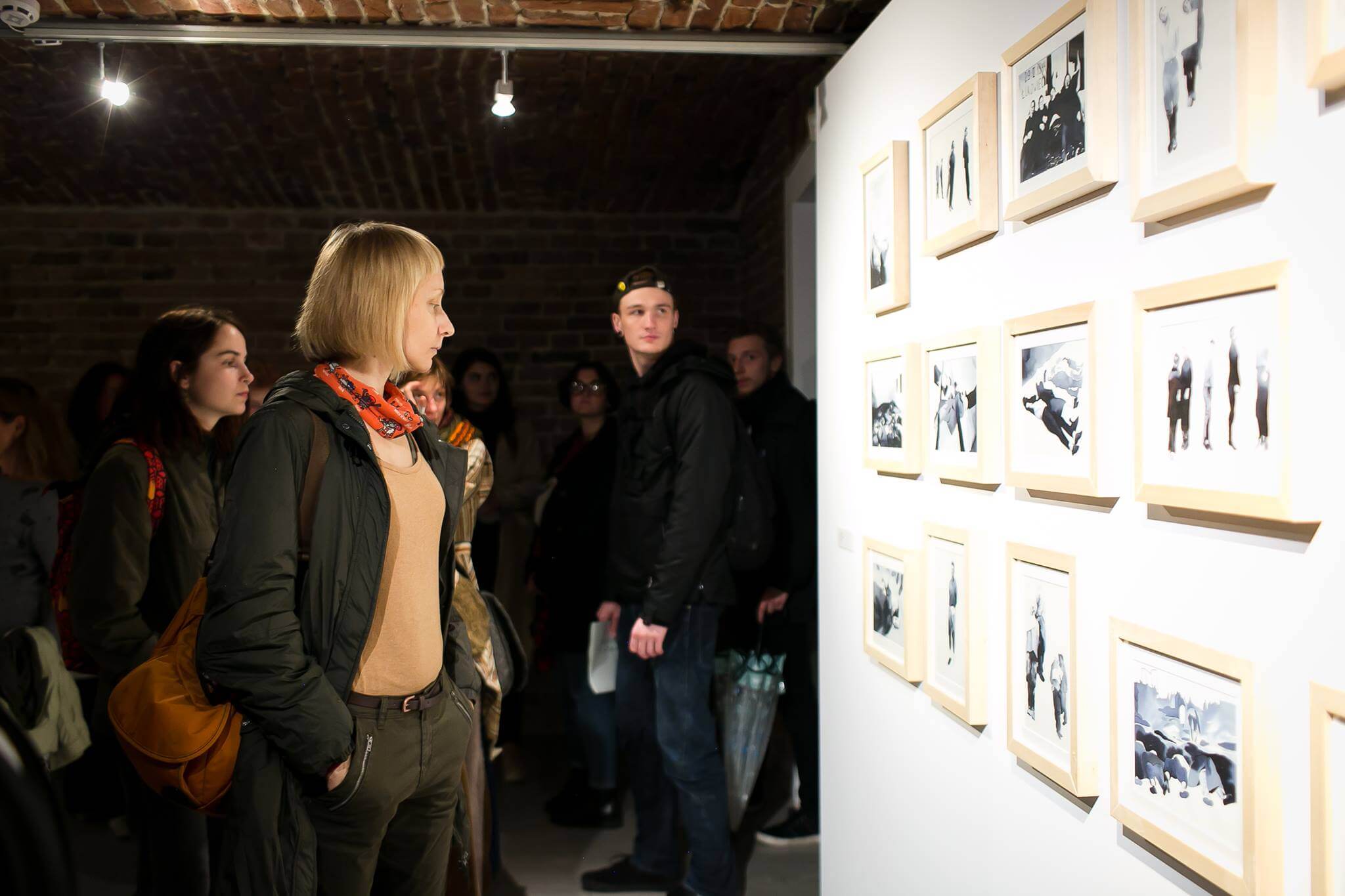 Talk with the curator of the "(un)named" exhibition Sofia Dyak took place.

Sofia talked about the peculiarities of the exhibition format, about the link between the visual and the textual, about the texts’ authors, about subjects for reflection they were offered, and about why they had been selected for contributing.

The "(un)named" exhibition targets to give an impetus to reflection and comprehension of traumatic and yet unspoken topics about our past, particularly about the topics related to mass violence in the 1930-1940s.

The basis for the exhibition is made of the works by Nikita Kadan. They include three series: "Chronicles," "Pogrom," and "National Landscape." The exhibition’s distinctive feature is that it engages researchers, historians in the first place, but also representatives of such disciplines as philosophy, anthropology, psychiatry, literature, law, and visual studies.

The open lecture was part of a public program to accompany the exhibition "(un)named".