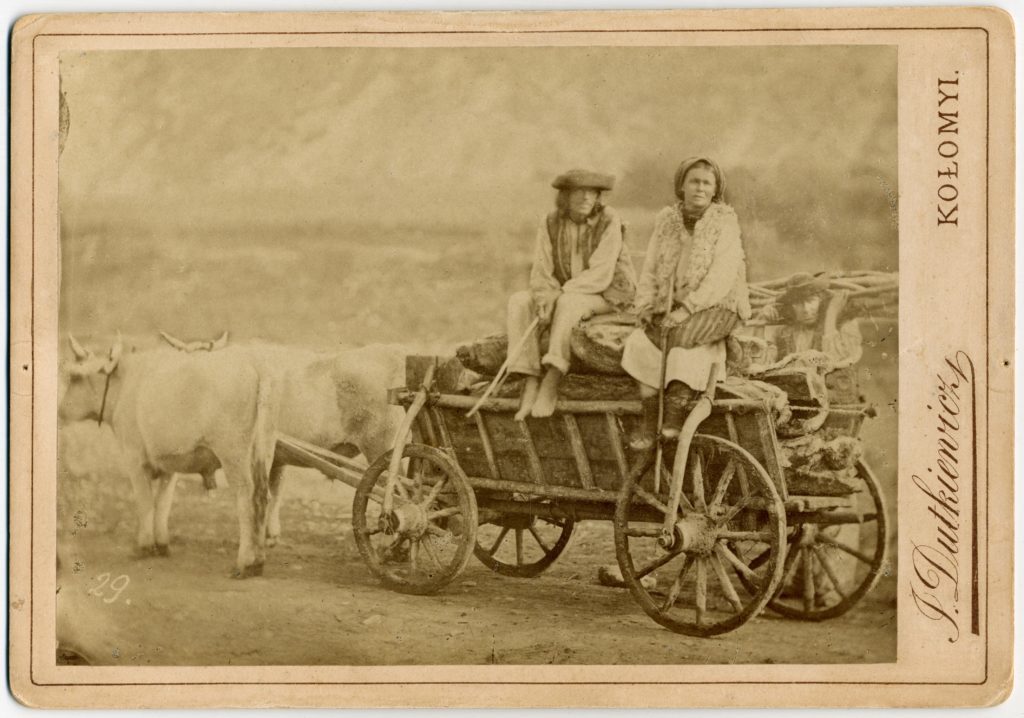 We invite you to the online-lecture by Dr. Ksenya Kiebuzinski "Rural Practice, Commercial Enterprise, or Imperial Service? Juliusz Dutkiewicz’s Carpathian Ethnographic and Landscape Photography". The lecture is part of the program  "To Mountains From a City: Imagining Carpathians in Arts and Culture".

This lecture examines Juliusz Dutkiewicz’s commercial photographic practice and his contributions to nineteenth-century geographical, historical, and ethnographic understandings of the Carpathian Mountains. Dutkiewicz (1834–1908) was a pioneering and talented ethnographic and mountaineering photographer of the greater Pokuttian region in general and of the Hutsul region in particular. He grew up at a time when Louis-Jacques-Mandé Daguerre and William Henry Fox Talbot were developing their first photographic technologies respectively in France and England. Aspiring daguerreotypists quickly adopted Daguerre’s and Talbot’s technical processes, and began to set up studios throughout Europe and the United States within the first decade of the medium’s discovery. The introduction of the wet-collodion process in 1851 enabled early photographers to open commercial establishments in even the most remote parts of the world.

Dutkiewicz belonged to this second generation of photographers. His professional practice developed in the easternmost part of the Austrian Empire (from 1867, Austro-Hungary) during the second half of the nineteenth century. He first stamped his name on the back of formal portraits beginning in the 1850s in the small town of Suceava located in the historical region of Bukovina, in present northeastern Romania. From there, Dutkiewicz’s career advanced, and he moved his portraitist business northwards to the city of Lviv. Subsequently, Dutkiewicz perfected his art and trade in the genres of type and landscape photography at his studios in Stanyslaviv and Kolomyia. Dutkiewicz’s reputation grew throughout the 1860s to 1890s. As his business flourished, he drew ever-increasing commissions from the bourgeoning circle of scholars who were eager to describe and promote the Carpathian Mountains and Bukovinian and Galician landscapes, and the region’s diverse ethnographic communities, for imperial, urban, and/or national readers and tourists.

The lecture series and the international conference "To Mountains From a City: Imagining Carpathians in Arts and Culture" are organized by the Center for Urban History (Ukraine) and the University of St.Gallen (Switzerland).