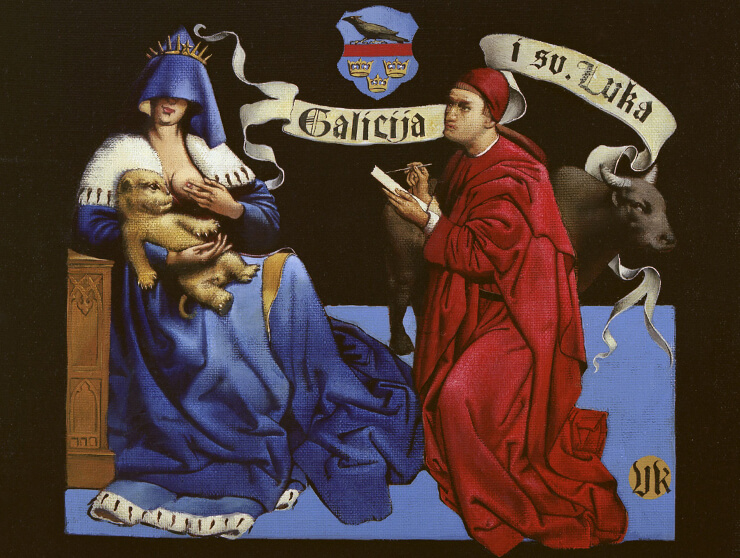 Kharkiv hosted the lectures and discussion program on the past of historical Galicia, on imaginary Galicia of today, on complicated pages of history of the land, and on different aspects of constructing and using the images of Galicia presently. The program was part of the cultural forum "PogranKult: GaliciaKult". During the two weeks, the forum used different art formats, such as film, theater, literature, music and discussions, to tell to Kharkiv citizens about what Galicia used to be and still is today.

Over the last decades, Galicia has gone in big fashion. It is studied, described in novels. It is the object of nostalgia and interest in the past, a brand and a label. Its name has been given to yogurts, juices, law companies, the mass media and political parties. It is so widely present in different cultural, commercial and political projects that one might have the impression that it had existed forever. In fact, Galicia as a administrative unit, a crowned land of the Habsburg Empire, existed only from 1772 to 1918. This short period of time was enough to generate at least four myths of Galicia. An Austrian myth about the creation of a community of Galicians from the multiethnic land populated by Poles, Ukrainians, Jews and other ethnicities that sank into oblivion along with the Austro-Hungarian empire. A Jewish myth about a welcoming and supportive land for all nations of the crown king, including Jews, that collapsed with the First World War and was commemorated in literature. A Polish myth of Galicia as a Polish Piedmont that lost its relevance after the creation of the Polish state and was revived for a short time in socialist Poland. The longest standing myth of Galicia, however, turned out to be the Ukrainian one. It nourished the belief in the eternity of the Ukrainian nation for over a century. Moreover, it reinforced the stereotype about the former Galicia as the "most Ukrainian Ukraine" that contributed to the antagonism between "westerners" and "easterners" both in Soviet Ukraine and afterwards. The myth acquired new dimensions and vigour in the independent Ukraine that faced difficulty managing the Soviet legacy and the development of a new Ukrainian identity. In this context, an imaginary Galicia remained a stronghold of Ukrainianness. What’s more, it acquired new senses of Europeaness. Wrenched out of the complicated and tragic history of the region the image of Galicia as a "little paradise" and an "outpost of western culture", the preserved facades of "western" architecture of former Galician towns did significantly reinforce the myth. This constructed Galicia was a source of pride for many locals and part of their regional identity. It continues to attract and enchant people from different regions of Ukraine. Though one may expect its magnetism to gradually fade as Ukraine evolves to builds an inclusive society and political nation.

Why was this imaginary Galicia so important for Ukrainians in the ninetenth and twentieth centuries? Why is it so enthusiastically evoked today in cultural, political, and commercial circles? What are challenges and threats are posed by such mythmaking activities and the efforts to obscure behind an idealized past the complicated and tragic aspects of the region’s history? What dangers are presented by such historical myths? What positive aspects do they carry for modern Ukrainian society? Over the course of ten meetings, invited historians, political scientists, ethnologists, philologists and literary scholars discussed Galicia, both imaginary and real. They talked about the invention, construction and branding of Galicia, as well as the tragic history of this territory, the place that was home to different ethnic communities in the nineteenth and twentieth centuries; the land that was part of four states and survived two world wars, three occupations, ethnic purges, deportations, the Holocaust, to finally emerge mono-ethnic and mono-cultural.

Organized by: "Mystetski Nadra" charity foundation and the Center for Urban History.