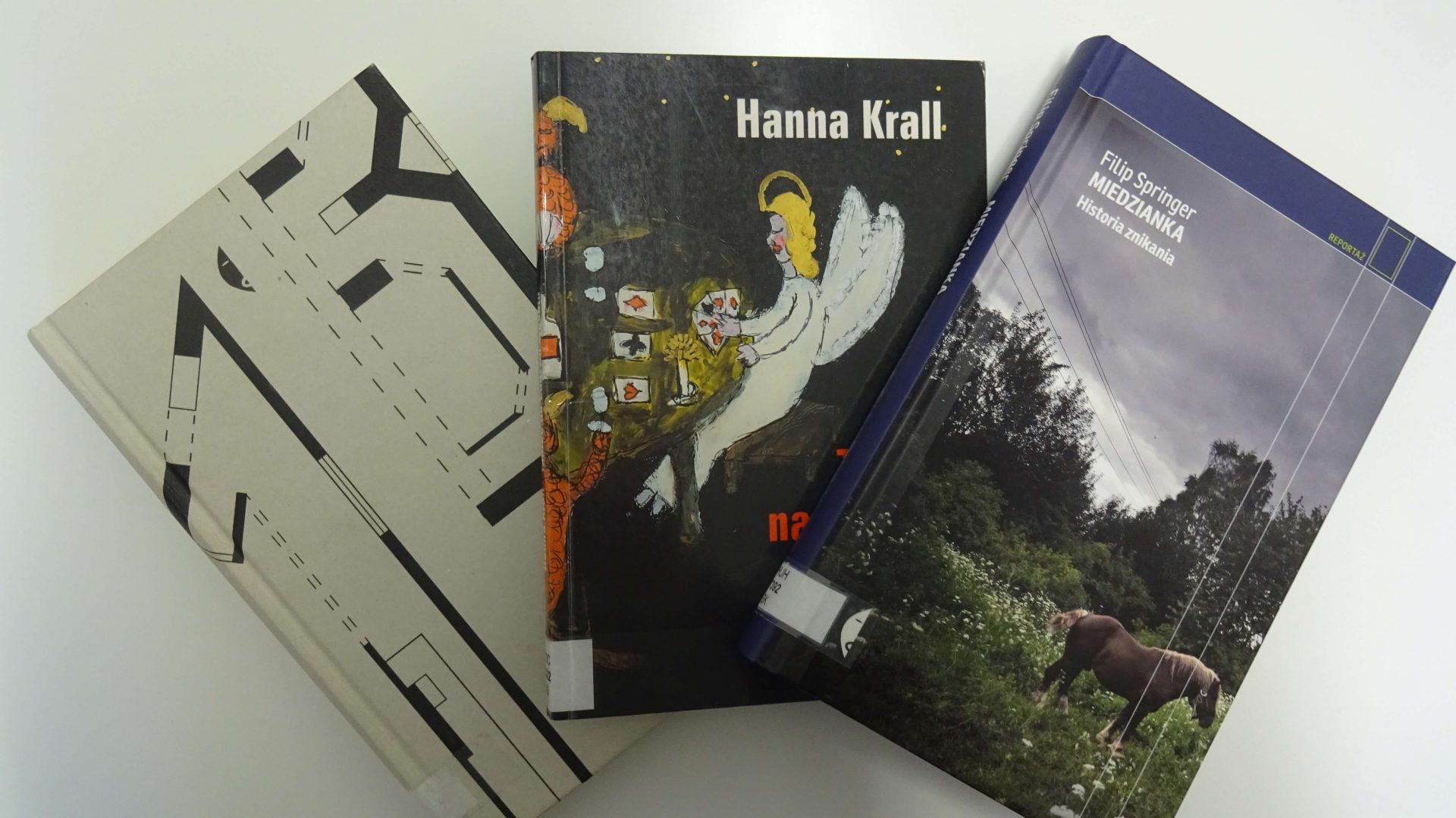 To See an Ocean in a Droplet

Find below a selection of Polish fact- based literature going beyond the academic circles with the texts about past, and sharing local history storylines to the broad audiences.

Coverages by Hanna Krall, a most influential present-day Polish reporter, cannot be divided into clear theme-based categories. Her reports are special because Krall chooses the marginal topics – the discussions of personal history unspoken, unobvious or non-present in public discourse. Due to it, the author managed to reveal the little-known story of Mark Edelman, one of the leaders of uprising in the Warsaw ghetto. The recorded interviews made a basis for the book of reportages "Earlier Than God" published in 1977, and are included into the Polish school curriculum today.

The storylines similarly intertwine in the later collection of coverage reports "Taniec na cudzym weselu" (A Dance on Others’ Wedding). The themes of Shoah, of Polish underground, socialist activists, assassination attempt at Hitler, and Stalin repressions are interconnected with different plots of good and evil. For Krall (and her followers in the Polish literature of fact) a person and his or her story make up a centerpiece of her books, which does not imply any author’s judgements. The author presents the life of her characters in the forefront, and then uses bright details to reveal the background where the scenario unfolded. The reporter’s texts are by large concise, with no spare details, since she has an objective to use as little words as possible to tell the readers the most. At the same time, the compiled texts reveal much attention to detail in the journalism work. On the basis of the interviews and documentary sources, Krall reconstructs history as if she was eye-witnessing the developments, and thus brings the reader closer to the experience her characters had lived through.

A debut book by a young Polish reporter Filip Springer "Miedzianka. The Story of Disappearance" ("Miedzianka.Historia znikania") tells a biography of a city that vanished. The last residents of Medzianka town in south-west Poland were displaced in 1972. The settlement of miners developed several hundreds years ago on the deposit fields of iron ores, and had been known as Kupferberg until 1945. The same as many other central European cities, it survived the Thirty Years’ War, Napoleonic wars, and two World wars. After 1945, the town was given a Polish language name Miedzianka, while in the old ore diggings Soviet administration started to mine for uranium. Intense exploitation soon exhausted the deposit fields and created dangerous hollows, while the town started caving in and going under. Springer reaches still alive memories of the last residents of Miedzianka, the so called ‘pioneers’ who came to the devastated town after 1945 in search for earnings in the mines. The author also thoroughly works with the memories and documents about families of the still German town of Kupferberg that had shaped its heritage throughout the centuries. Therefore, the reporter manages to trace both everyday life, and dramatic change sweeping away the streets of the city and the residents.

Springer follows the tradition of Polish reporting trend, and refuses from inserting the statements when composing the biography of Miedzianka/Kupferberg. His objective is to hear and tell to others, to understand the causes for disappearing of Miedzianka. At the same time, the author does not digress from his own reflections that are subtly manifested in composition, in literary techniques, or in the work with the sources, rather than in direct comments or evaluations of collected materials and testimonies. With the help of a series of micro-stories, the reporter compiles an integral biography of a city and a view on more global events from the perspective of its residents.

With the help of this book, Springer poses a task for himself to bring Miedzianka back into local and global topography. When asked why he wrote it, he replied that he wanted be able to feel or experience something when staying on the site of the disappeared town. "If I had not seen any archive photos of Kupferberg before, I would have missed the place and not paid any attention to it. Whereas, it must not be very good when the disappearance of an entire town is left unattended," the author stated in the second edition of the book. Today, there are different projects around Miedzianka initiated by the residents from nearby villages. In particular, an old beer brewing tradition came back to the town (a private investor decided to establish a brewery therein), while Springer’s text keeps drawing attention of international audiences and art groups.

Other Springer’s texts also include a reporter’s piece covering the serious challenge of housing in the interwar and present-day post-socialist Poland. In the very first passages, Springer deconstructs a nostalgic view on the interwar "light hearted Warsaw" with its rich art and cultural life in modern spacious townhouses. This sort of luxury was only available to few citizens. Thousands of other Warsawians used to live in rough conditions, while any space in at least any apartment was already a luxury. Losing a roof over one’s head meant losing everything, since finding a new housing was next to impossible. Shelters for homeless persons were not able to host all the needy. The then government had not been able to resolve a housing crisis until the start of the Second World War.

The author also traces the relations between the problems of homelessness and the housing policy in the interwar Poland, as well as between the conditions of available housing in the contemporary Warsaw. It is also a relevant story about housing as personal tragedy through getting into hostages of the loans or losing life in the fight for own housing. Springer talks about the contemporary generation who perceived the consequences of deep social crisis as their own fault and personal inability to self-actualize themselves.

When trying to trace which challenges architectural modernism was trying to respond to in the interwar Poland, then the book is an interesting source for research. If anyone can excitingly bring this topic through to non-experts at all, then Springer demonstrates how it can be done.