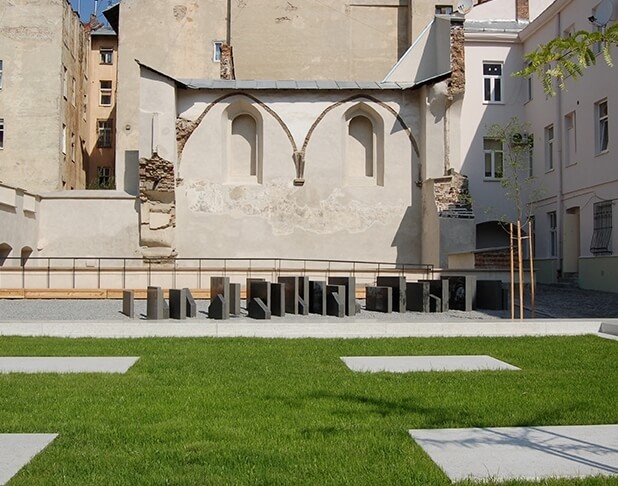 Space of Synagogues was nominated for the prize of the European Union for Contemporary Architecture – Mies van der Rohe Prize. It is the first project from Ukraine to be nominated.

The "Space of Synagogues" project is an initiative to commemorate the history of Jews in Lviv and raise awareness on common urban history and common heritage among Lviv citizens themselves and tourists. The architect of the project was Franz Reschke, a winner of an international architectural contest for Jewish memorial sites in Lviv, as well as Sophie Jahnke, an author of the "Perpetuation" installation. The project documents were finalized by a Ukrainian architect Yuriy Stoliarov.

The Prize was established by the Mies van der Rohe Fund and the European Commission in 2001. It is awarded once in two years for the projects implemented over the period. The goal of the prize is to recognize the understanding of transformations and development of European environment, to acknowledge innovation in architecture (both concept-based and construction based), and to attract attention to important contributions of European professionals into the generation of new ideas. Upon announcing the nominees, the jury first shortlists forty projects, to further identify five finalists.

We are happy to see the project of memorial public space as the first step of Ukraine in this architectural contest. We truly hope that in the coming years more projects from Ukraine shall be nominated.