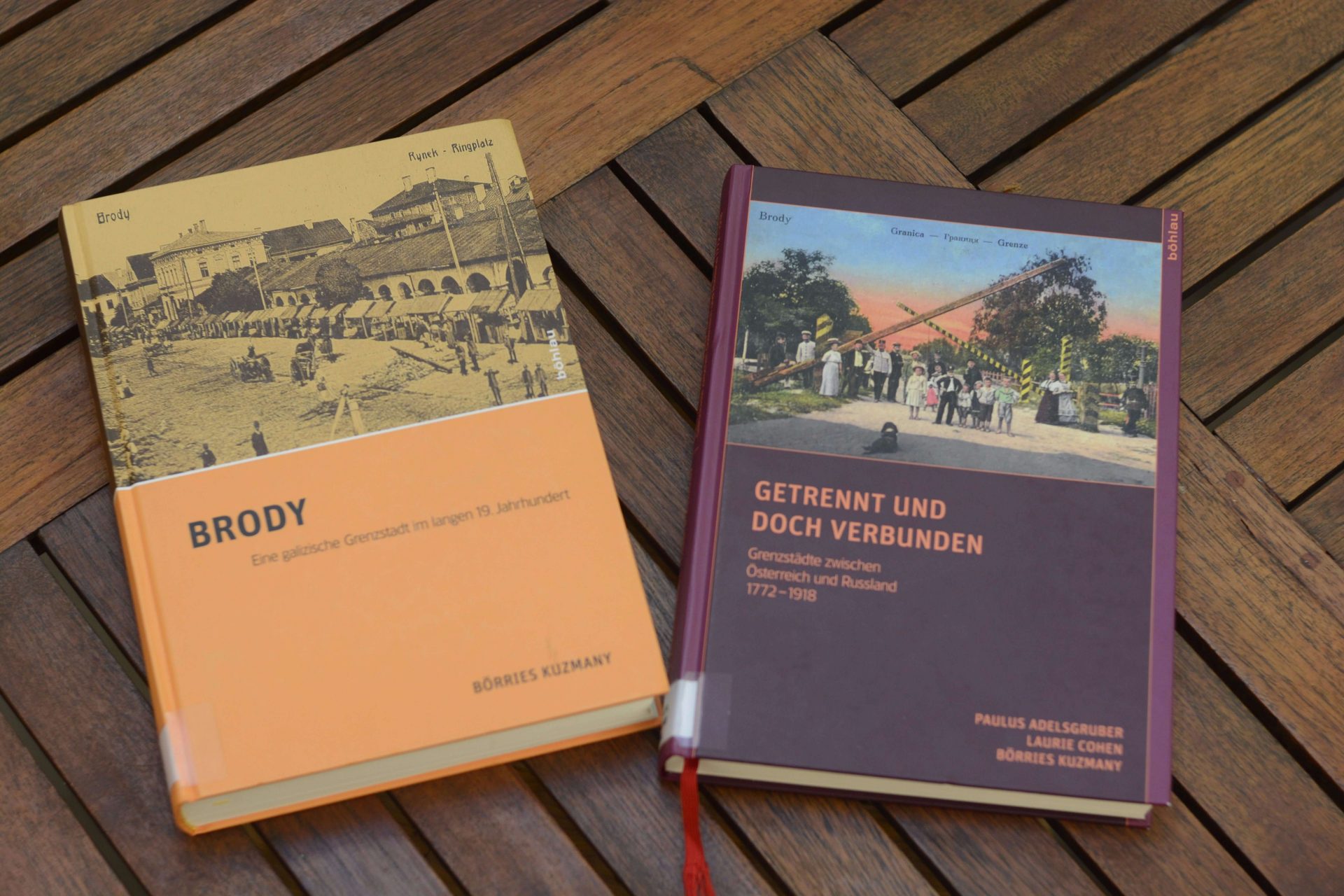 Welcome to read the review of books on the history of cities that used to exist in the border area between the Austro-Hungary and the Russian Empire. They filled an important gap in the research of Austro-Russian borderlands.

Börris Kuzmany. Brody. Eine galizische Grenzstadt im langem 19. Jahrhundert. The study by an Austrian historian Borris Kuzmany is about the history of the border town of Brody, presently located in Ukraine, throughout the long 19th century. The town of Brody was the most remote border area of Austro-Hungary in the north-east in 1772-1918. The predominantly Jewish city was a sort of model to solve the problem of ethnic and religious co-existence, in politics, education, and everyday communications. Due to the fame of the world known writer Jozeph Roth who was born and grew in Brody, the town has become of the Galician myth.

The book by Borris Kuzmany analyzes the history of Brody from the times of its highest economic growth to virtual existence of the city in modern conventional wisdom. The author describes the success story of the town at the croddroads of different worlds that later collapsed and re-formatted. The borderland status between the two empires made Brody an important trade center. However, the growth or decay of the city was affected not only by positive historical events. Brody population had literally doubled after the bloody uprising of haydamaky known as Koliyivshchyna.

The author traces all the details of the chances taken or wasted by the city. For instance, modernization and the inevitable decay of the city were under-discussed. Due to the surveys by the author, we can see how linguistic commonality could help develop a sort of multicultural lifestyle. It might be noted how important school education was for the imperial career. The book is also interesting in the fact that the object of research was the largest Jewish town of Austro-Hungary where Christians were in minority. It is also interesting to have the example of one city to trace the functioning of the line: religion-language-nation.

Paulus Adelsgruber, Laurie Cohen, Böris Kuzmany. Getrennt und doch verbunden. Grenzstädte zwischen Österreich und Russland 1772-1918. Collective monograph on the life of borderland towns on the verge of Austro-Hungary and Russian empire. The authors selected three pairs of cities for their comparative analysis. The books studies the history of the borderland area of the former cities of the Polish Republic and the consequences of the divisions of Poland therefor. The research focus is both on the history of cities, and on the interstate relations in the borderland regions. It covers not only the regulation of borders between the states but also some interesting points such as trade, smuggling, or even pilgrimages and the influence of the First World War. The book shows how far-reaching the consequences of the decisions made in the capitals of the empires were for the most remote peripheries.

The monograph compares such pairs of cities as Brody-Radzyvyliv, Pidvolochysk-Volochysk, Husiatyn-Husiatin. The work also informs about the development of the border guard service on both sides, as well as the customs. Special focus is made on such phenomena as smuggling and abandonment of posts in the borderland areas.a separate chapter covers crossborder trade. The researchers of church history will be interested in the chapter on the "Border and Religion." The study of the denominational border between the empires and the drastic situation Ukrainians found themselves in, with no choice but a clear "either/or" division between the Greek Catholic and Orthodox church shows the entire inconsistency and multiple levels of the borderland challenges.

The work also offers borderland religious denominations representations during the construction of sacred buildings. Of special interest is the study of peculiarities of life of Jewish population in the borderland towns.