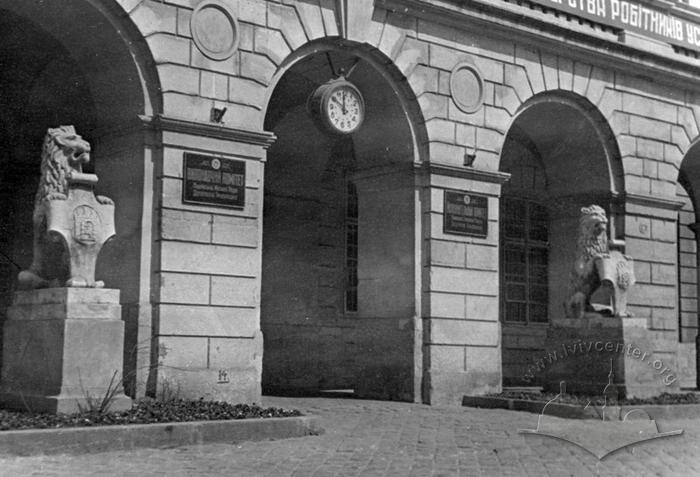 In The Town Hall of The City Of Lviv

The history of any city is a complex combination of people and power. The project's central focus is on a person endowed with authority in the city but also limited by the political context and everyday life circumstances. The intention was to make a timeline of Lviv leaders — from the first historical information about the city in the 13th century until present. The list includes 200 individuals, such as vijts, burghermasters/burgomasters, presidents, the heads of city executive committees, and mayors, covering more than seven hundred years. Readers can get acquainted with the organization of city management at different stages in history, learn the names of local leaders, obtain basic biographical information about them, as well as their official activities, career practices, and civic involvement. The text is accompanied by illustrations (portraits, images of the city, architectural landmarks, sculptures, etc.) of things and places associated with the top officials of the city.

The publication can serve as a reference book and act as one of the images of the city embodied in the book, or as a outline for future scientific or even artistic texts. Generalization of different materials about the leaders of Lviv is an important prerequisite for including the city in comparative studies on urban history, which will unfold in modern scientific centers.