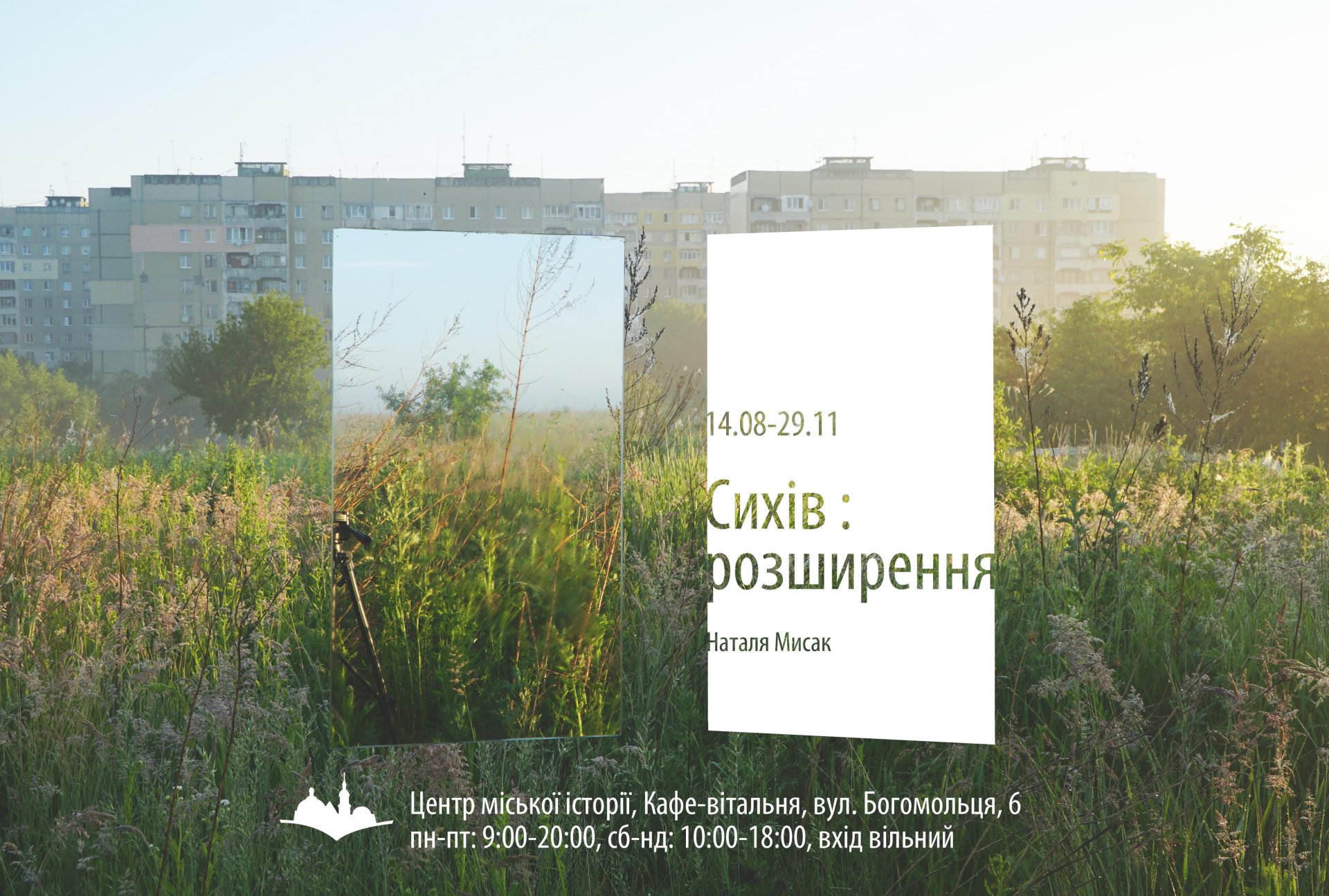 Natalya Mysak, architect, urbanist, exhibit author tried to look on the city from the point with coordinates (49.778124, 24.067224), in the north-east end of Lviv where the city and non-city environments interpenetrate. This neighbourhood is part of the areas that used to be joined to Lviv and developed in the 1960-1980s, when the physical borders of the city extended due to new industrial enterprises and mass housing construction.

From the moment of creating first drafts of the north-east residential area back in the late 1950s, until these days, Sykhiv has been balancing between ideas and their implementations. The Kryvorizka street used to run 4.2 km towards the ring road but was renamed into the Chervonoyi Kalyny avenue, then it interrupted in the middle of the field supporting (or refuting?) its finiteness with the U-turn ring of the tram track. Sykhiv that could become the ‘southern gate’ to the city remained to be a concrete wall you can see when driving the ring road.

Following the impulse of the main avenue, we are proceeding to the fields. The series of photos made from one point in 24 hours match the mutual extensions of a dynamic space of the suburbs, its capacity and memory as metadata of the point with coordinates (49.778124, 24.067224). The first series of reflections is the extension of the field within the area that used to be the countryside some several decades ago. The second series of reflections is the extension built on the reserve territory facing the mainstream avenue.