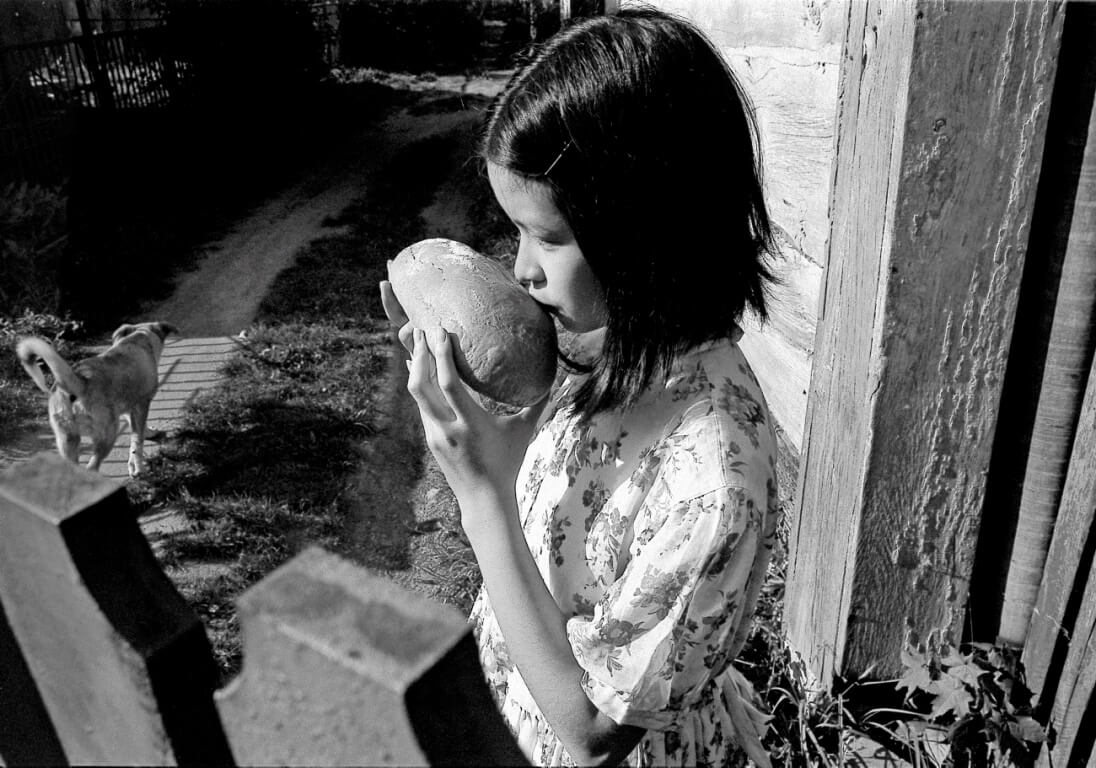 Neighbor is a unique project of two photographers: Tadeusz Rolke and Chris Niedenthal, completed in 2001. While putting together the exhibition the creators were touched by the 60th anniversary of the brutal exterminations of Jewish community during the Second World War. Some of these exterminations were carried out by inhabitants of the town of Jedwabne and its surrounding areas. Agnieszka Arnold made the film on the basis of these tragic events which served as a basis for Jan Tomasz Gross writing a book called Neighbors. The film, shown on public television, and the publication of the book provoked a general discussion who should be held responsible for these crimes. This was one of the most important public debates in post-war Poland.

In the first version, the exhibition consisted of 12 photographs and was presented in the Warsaw gallery "Zachęta" and in the Lubuskie Museum located in Zielona Góra. In 2010, the artists prepared the current version of the same exhibition, expanded to include a total of 25 photographs. The Premier was held in the city of Kielce and coincided with the anniversary of the Kielce pogroms.

The authors of the Neighbor exhibition, with their artistic project interjected themselves into this debate as they felt the need to express themselves on this important issue. Historical reality—as the authors wrote in the introduction to the catalogue—requires commentaries and the help of the media they chose: photography.

As there are real, authentic places, all else can be added from the imagination. In exactly these places: in the small towns in Podlasie, Mazowsze, where Jewish communities lived before the war, the heroine of the series—a twelve year Vietnamese girl, who was a neighbor of one of the project’s authors—is placed. Having made such a choice, the artists wanted to draw attention to the issue of categorizing people—is it not a violation, and what might come of it—hatred and unspeakable evil.

The authors also wanted to convey the sense of a particular threat, creating a threatening mood in the clearly rural environment of the girl. Thus, they hoped to create a sense of retrospection, to exacerbate a certain "vulnerability, capacity for association and reflection," so that the tragic events of June 1940 will never be repeated. For this reason, Neighbor is an especially subliminal attempt to collide with the real and tragic events of our recent history.

This illustrates a vulnerable and responsible position on these events proposed by the authors. While taking in this exhibition, do we share their feelings?

Each person must allow their conscience to guide them to answer this question for themselves.

The exhibition was organized by the Center for Urban History together with the Polish Institute in Kyiv, the BWA Photo Gallery, and the Association of Polish Artist Photographers in Kielce.